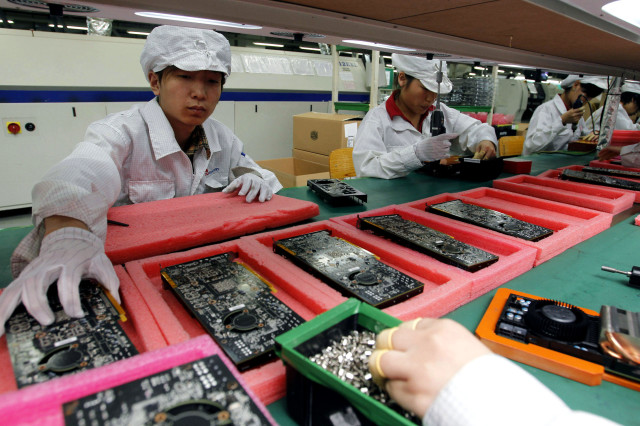 According to comments made by CEO Terry Gou in a recent shareholders' meeting, Apple manufacturer Foxconn may soon roll out robots on its assembly lines in order to replace human workers and cut down on manufacturing costs.

The robots, which could potentially help construct Apple's rumored-to-be-upcoming iPhone 6, are in the final stages of testing and are set to be deployed in at least one Foxconn factory in the future. The robot worker plan was first announced in 2011, and the 'Foxbots' are entering the final stages of testing -- which means that they could see deployment on Foxconn assembly lines very soon.

Each robot apparently costs upwards of $20,000 to create, but for a company which boasts a workforce of 1.23 million, assembly line robots could be very well worth the steep price tag. Foxconn is still in the midst of a long-term public relations crisis, after numerous allegations of employee mistreatment and multiple cases of employee suicide. Since robots don't feel emotion, Foxconn won't have to worry about providing basic human rights to the 1 million robotic workers it eventually plans to roll out.

The company still relies heavily on human production, though, as they were reported to have hired 100,000 additional workers ahead of the rumored iPhone 6 release. The robots could be deployed in time for production of the iPhone 6, but human workers would still handle the bulk of the work -- at least for the time being.