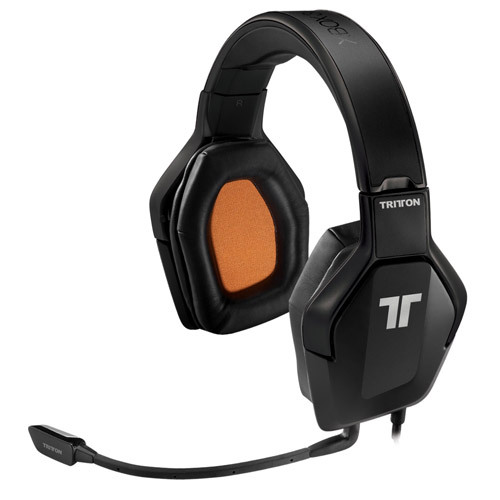 Owners of Microsoft's Xbox 360 console who want to use a headset that's a bit on the higher end of things than Microsoft's own products now have something else to check out. Mad Catz announced this week that is has started shipments for the Tritton Stereo Detonator headset. Mad Catz says this product is the "world's first official co-branded gaming headset designed for use with the Xbox 360" console. The company plans to release more co-branded products by the end of the year.

The wired headset comes with a set of 50mm speakers that include Neodymium magnets. That should allow for a better quality sound experience. The Tritton Detonator also comes with a separate set of controls that allow Xbox 360 users to lower or raise both the game volume or the voice volume. If you don't want to hear your own voice inside the headset you can also turn that option on or off. The headset's microphone can also be removed when not in use by gamers screaming over a multiplayer match in Gears of War 3.

While the headset is designed for use with the Xbox 360, it can also be plugged in to listen to music from MP3 music players and mobile phones. It comes with all of the required adapters needed to connect the headset to both older and current Xbox 360 consoles. It also comes with a padded headrail that should make the headset comfortable to wear for nearly any gamer. The Tritton Detonator is now on sale from Mad Catz for $79.99.