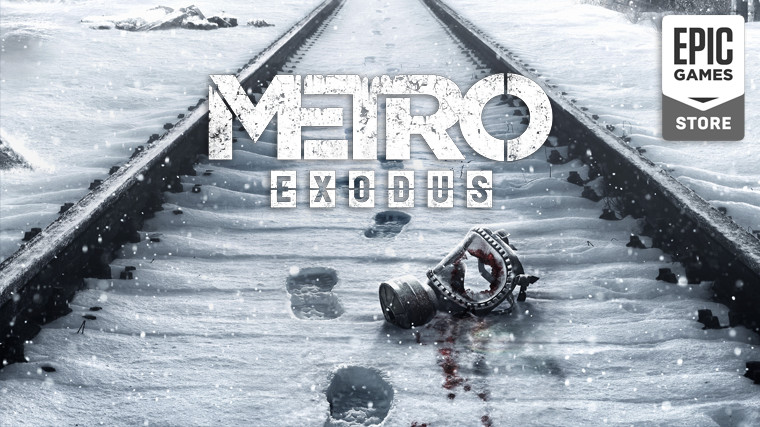 The latest game to join Epic Games Store's exclusivity pool is Metro Exodus, which has ditched Steam to move onto the new digital store, making it the first game in the trilogy to not launch through Steam for PC.

According to the announcement made today by Epic Games and Metro publisher Deep Silver, it seems the decision to move was mainly due to Epic's generous 88% split revenue share system. Deep Silver CEO Dr. Klemens Kundratitz said:

“Epic’s generous revenue terms are a game changer that will allow publishers to invest more into content creation, or pass on savings to the players. By teaming up with Epic we will be able to invest more into the future of Metro and our ongoing partnership with series developer 4A Games, to the benefit of our Metro fans.”

Fans who've kept their eyes on the game may have noticed that there has been a Steam pre-order page for Metro Exodus for some time now. Thankfully, those who've pre-ordered from Steam aren't being left behind, as Deep Silver will still be honoring these orders, similar to what happened when The Walking Dead: The Final Season moved to the Epic Games Store recently.

While officially the game is now Epic Games Store exclusive, it is still available on Steam to pre-purchase at the time of writing, although it won't be for long. Valve has put up a notice on the store page saying "Later today, sales of Metro Exodus will be discontinued on Steam due to a publisher decision to make the game exclusive to another PC store." The company revealed that the sudden store change came as a surprise to it as well:

"We think the decision to remove the game is unfair to Steam customers, especially after a long pre-sale period. We apologize to Steam customers that were expecting it to be available for sale through the February 15th release date, but we were only recently informed of the decision and given limited time to let everyone know."

Metro Exodus' Epic Games Store page is already up and running, offering Standard and Gold Editions for $49.99 and $74.99 respectively. Interestingly, the prices of both editions are $10 cheaper than the, soon to be removed, Steam versions, which could be a result of the new revenue share split that the publisher is enjoying.

The release date remains unchanged, with the game slated to launch on February 15 on PC, Xbox One, and PlayStation 4.

Ubisoft also pulled The Division 2's release from Steam quite recently, moving to sell the game solely through its own Uplay store and the Epic Games Store. It's unclear if future games of THQ Nordic - owner of Deep Silver - will skip out on Steam entirely as well.

An FAQ page set up by Deep Silver reveals this is a timed-exclusivity deal, saying "Metro Exodus will return to Steam and on other store fronts after 14th February 2020."