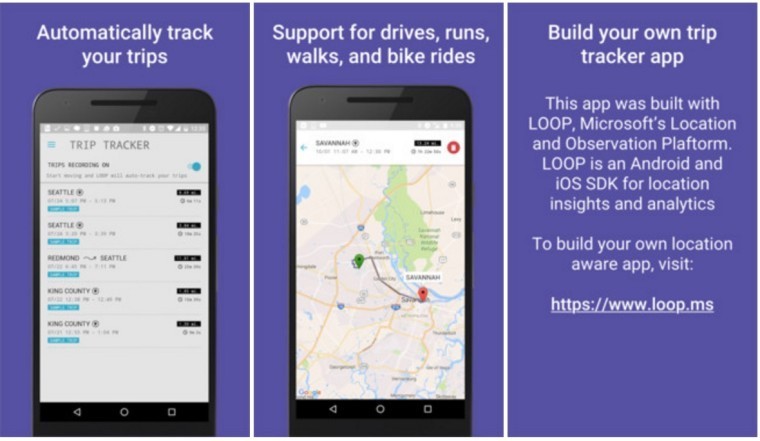 Microsoft Garage is an experimental project lab that diverged from Office Labs in 2009. During the lab's nascent period between 2009-2011, Microsoft constructed a 60,000 square foot facility in Redmond, Washington as the site for Microsoft Garage.

The central idea of the lab is to allow developers, researchers and marketers think up new, creative and bold ideas. As of April last year, the Garage project has overseen 10,000 projects by 3,000 employees. The team is well known for apps such as Arrow Launcher and Next Lock Screen. Both of these apps boast one million downloads on Google Play respectively.

The newest app to make its way out of Microsoft Garage is a movement tracker dubbed 'Trip Tracker' for Android that operates in a similar way to Google Maps' Timeline feature. This app should prove useful for those who do not own a fitness tracker or smart watch, but would like to keep track of how far they may have traveled.

Trip Tracker takes advantage of Microsoft's recently announced LOOP (Location and Observation Platform) SDK for Android and iOS. Microsoft claims LOOP is capable of pinpointing your location with high accuracy while also being battery conscious. The data is streamlined through Trip Tracker in an easy-to-read manner.

According to Microsoft Garage, Trip Tracker is able to determine what type of activity you might be undergoing, such as running, driving, riding a bike or walking. The app not only records when you began your journey but also which route you chose, the duration, and when the activity ended. You can read Microsoft's description below:

Trip Tracker, a Microsoft Garage project, is a free app that automatically records your drives, runs, walks, and bike rides. The app works in the background, and will auto detect when your activity has started. Download Trip Tracker and make to easier to remember the trips you’ve taken.
Features include:
1. Automatic trip tracking
2. Start and end time, duration, and path for each trip
3. Battery efficient location tracking
4. Support for multiple activities including drives, walks, runs, and bike rides.