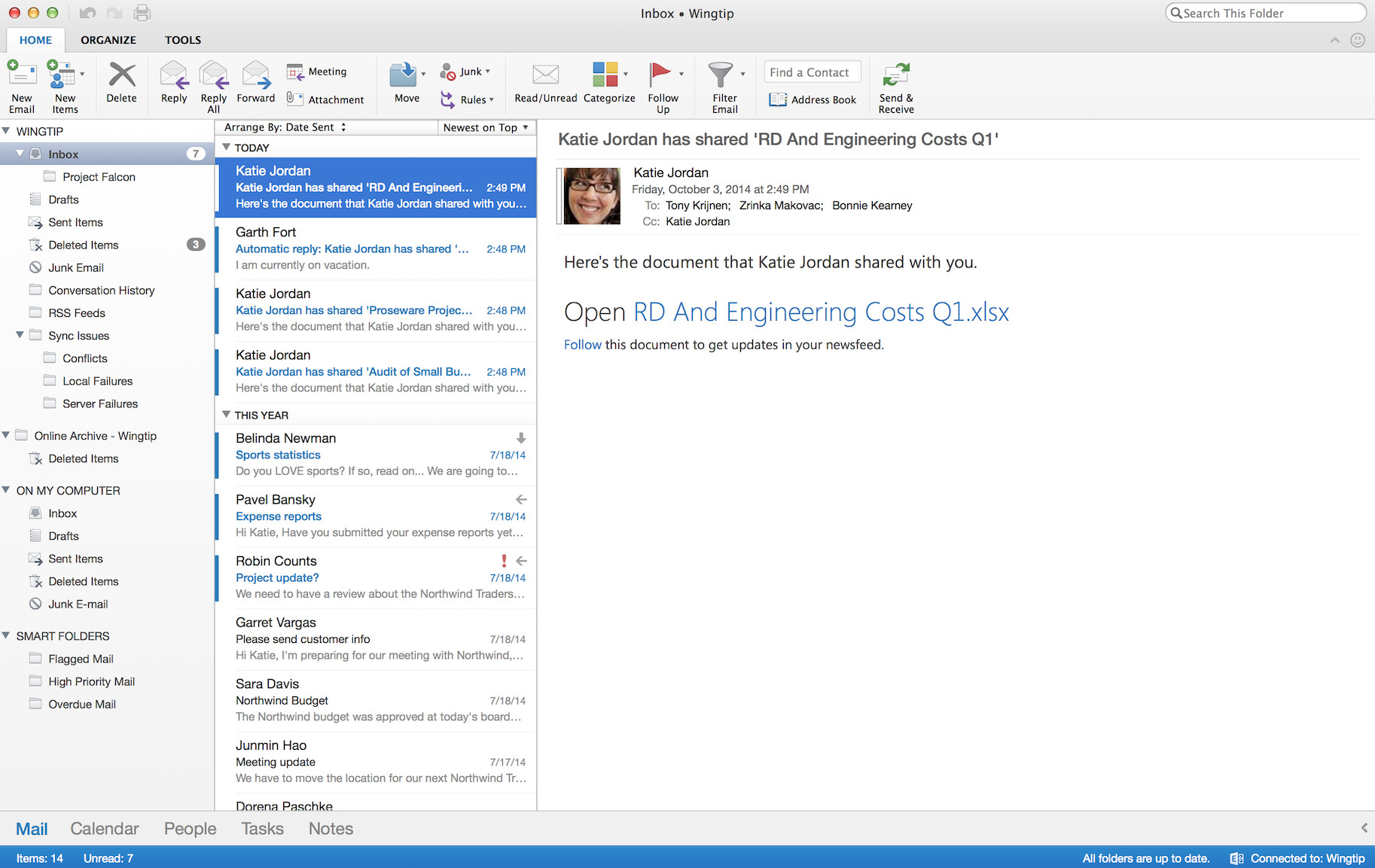 Microsoft has announced a new version of Outlook for OS X users and if you subscribe to Office 365, you can download the updated email client today. Also, the company has said that a public beta of Office for Mac will arrive in the first half of 2015.

This is the first large release of a new Outlook client for OS X in some time. The last major update was the Office 2011 release and this update brings with it many new features and improvements.

Updates for Outlook for Mac include:

In addition to the new email client, Microsoft is also sharing some information on the Office roadmap for Office on OS X as well. The company says that there will be a public beta of the next version of Office for Mac in the first half of 2015 and the final release will come in the second half of 2015.