Microsoft has been without an official news blog for its Xbox division for some time. Long time Xbox gamers may recall Microsoft once had its Gamerscore blog but the company choose to shut it down in early 2009. The most effective news outlet for Xbox news has been Major Nelson..

While technically an unofficial blog, the site has been run by the Major - aka Microsoft's director of programming for Xbox Live, Larry Hryb - for quite some time. It has been the source for a number of major Xbox announcements, including the reveal of Microsoft's press event on May 21st. 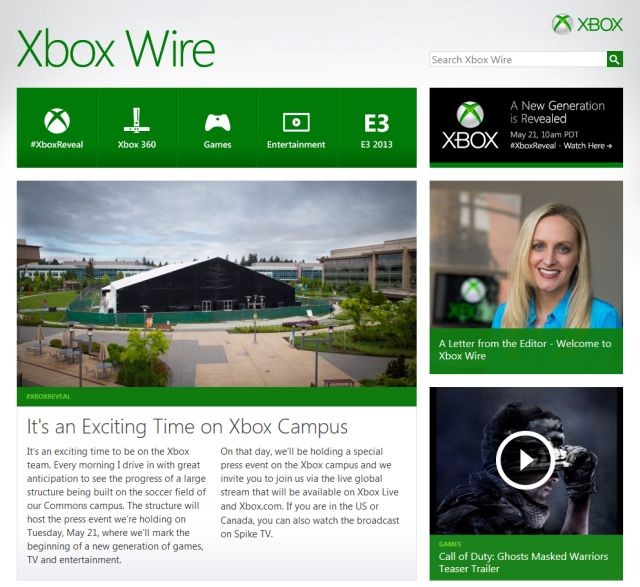 This week, Microsoft has launched its first official Xbox news blog in some time, with Xbox Wire. In an introduction to the blog, its editor Lisa Gurry (who is also the Senior Director, Public Relations for the Xbox division at Microsoft) stated:

You’ll see some familiar faces on Xbox Wire. Our executives will write blogs occasionally, but most of our blogs will be from everyday people on the Xbox team. Our own Major Nelson will appear as well – both via blog posts and through interviews – of course, Major’s fans can also continue to follow along with him at MajorNelson.com.

While Hryb's work on Major Nelson has certainly been excellent, we think launching an official Xbox news blog has been something that Microsoft has needed for a long time. You can bet that the company will be making quite a few reveals for the next Xbox in the next several weeks, with everything kicking off on Tuesday with the launch of the next-generation console.