The results of a new online survey from Microsoft show that while plenty of folks may be concerned with the privacy of their online identity, far fewer actually make an effort to make their online activities private.

In a post on the Microsoft On The Issues blog,  the company said that in a survey of 4,000 people (1,000 people each in the UK, France, U.S. and Germany), 87 percent of those who responded said they were concerned with online privacy. However, the same survey results show that just 47 percent of those people make an active effort to protect their privacy on the internet.

Microsoft says their consumer campaign is not just to inform the general public about the importance of online privacy but also to better understand why there are so many people who are interested in such matters, but significantly less engagement when it comes to actually doing something to protect their online profiles. The blog adds:

This continues to be an issue of great importance for us, and will remain a top priority for Microsoft in meeting the needs of the hundreds of millions of consumers who gain value from our products and services every day. We can only meet this commitment if we engage with you to better understand your needs and deliver the kind of choice and control you’re seeking. 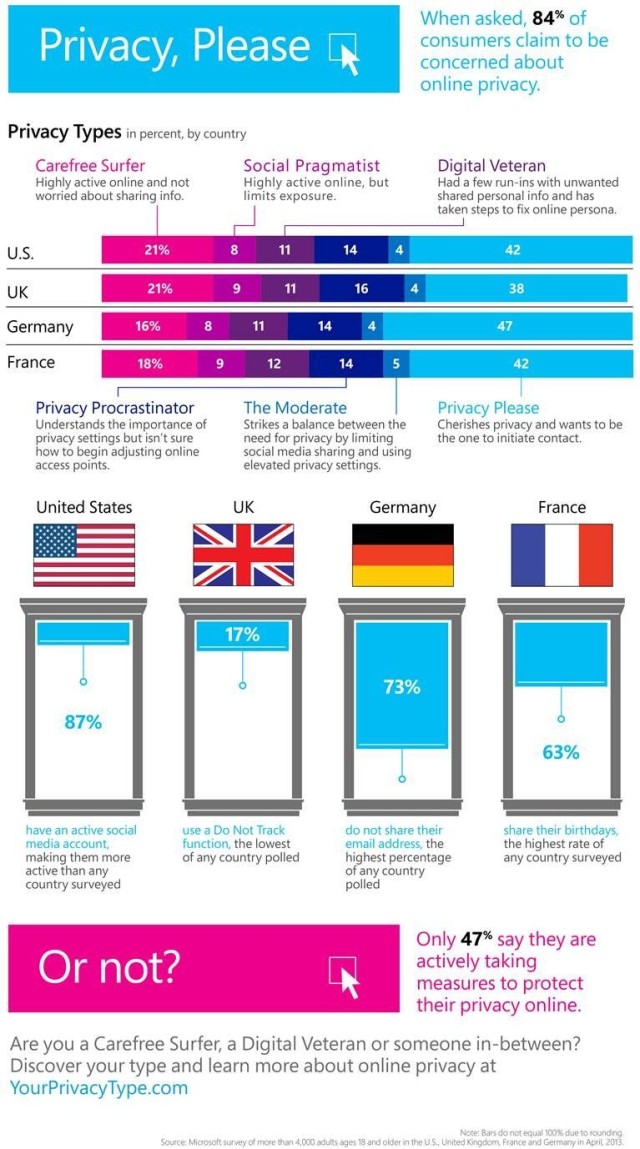