Just over five weeks ago, Facebook and HTC jointly announced the HTC First, a handset built around Facebook's social network and services. The device was the launchpad for the new Facebook Home user experience, essentially a skin on top of the Android OS, designed to make access to Facebook's services more prominent and easier to engage with.

The arrival of the device was greeted with much scepticism from those who questioned its usefulness, and whether there would be any demand for such a handset. The First was launched with an upfront cost of $99 on a two-year contract, but its relatively modest specs - especially compared with many similarly priced devices - made it a tough sell.

Indeed, AT&T, the carrier launch partner for the First, found it so tough to sell the handsets that it quickly dropped the price to just $0.99. It now appears that even that price was too high for smartphone buyers, as BGR reports that AT&T has decided to call it quits and plans to discontinue sales of the First. 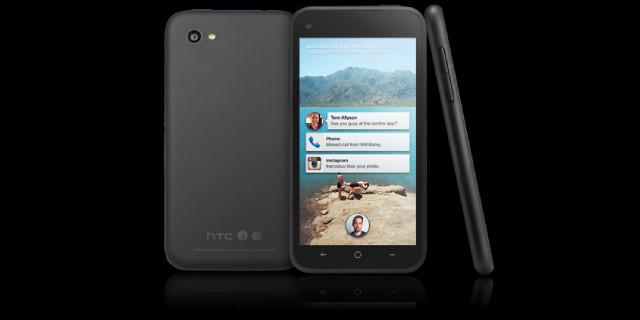 According to BGR's "trusted source", sales figures for the First have been appalling. Even after the price reduction to $0.99, it's said that AT&T sold fewer than 15,000 of the handsets across the United States in an entire week.

Contractual obligations mean that the First won't be removed from shelves immediately; HTC has already paid for in-store considerations and display space for a set amount of time, and until that period has expired, AT&T won't simply be able to pluck the First from its stores. That said, the source behind the claims states that AT&T staff have no love for either the First or Facebook Home; without sales staff who believe in and support the product, the handset will have had little hope of selling in significant numbers. 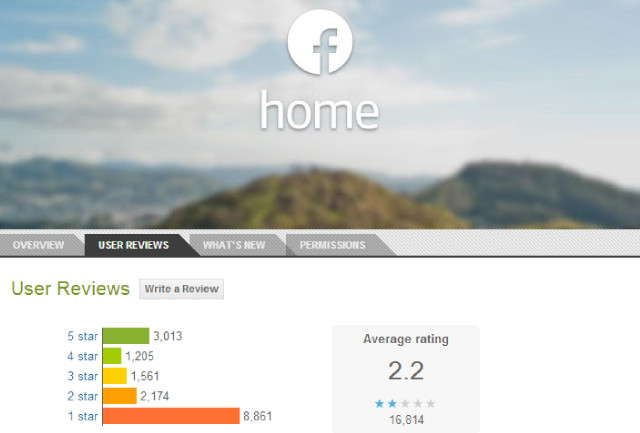 Facebook Home has been made available on other devices, and with the apparent failure of the HTC First, it seems that this is the only future that Home now has to look forward to. But despite relative success in terms of download numbers - 500,000 downloads were recorded from the Google Play store in just five days - users haven't exactly warmed to it. With an average rating of just 2.2 out of 5, well over 50% of reviews have given Facebook Home just 1 star.