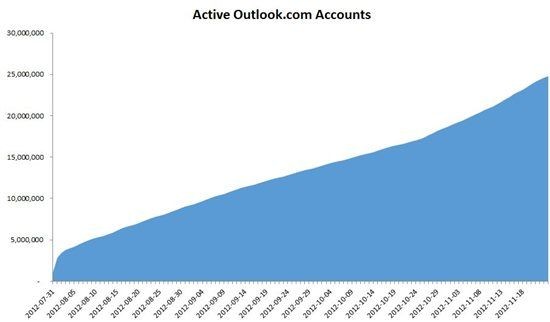 At the end of July, Microsoft launched the public beta of Outlook.com, its new online email service. Today, Microsoft announced that since the beta launch, there are now over 25 million active users on Outlook.com.

The official Outlook blog also claimed today that one third of the users of Outlook.com were also active subscribers to Gmail. Microsoft said they hired a research team to recruit hundreds of current Gmail users to show them the the features of Outlook.com. Microsoft claims, "The best part was, after spending just five days with it, 4 out of 5 of these Gmail users said they would switch to Outlook.com." 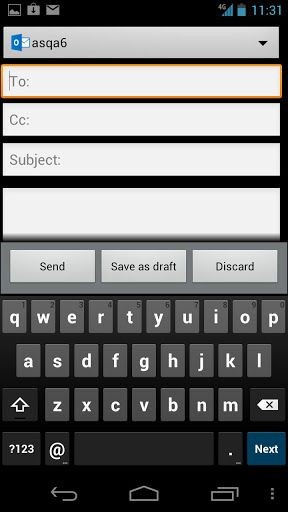 Microsoft also announced a number of upcoming features that would be added to Outlook.com in the next few weeks, including a one click Archive button designed to quickly place emails in an archive folder. A number of new keyboard shortcuts will also be added, as well as some new color themes. Microsoft added:

We added the ability to toggle between "Reply" and "Reply All" as the default option. We also heard that, after deleting a message, some people want to return to their inbox and others want to see the next message. Now you can set that default option, too. Both options are available via the Options page.

The company also revealed that it has launched a new Android app for Outlook.com. Microsoft released the app so that Android owners can sync their emails to their devices since many of them don't support Outlook.com's Exchange ActiveSync features.