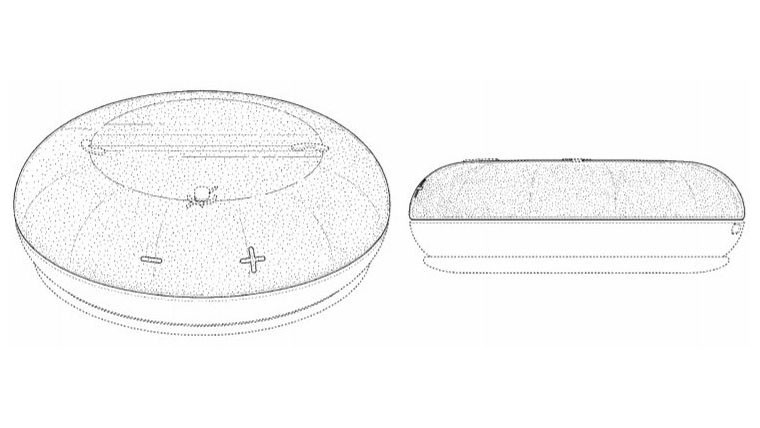 Microsoft has patented a portable speaker, according to a document that was made public today. Spotted by WindowsUnited, there's really not much information in the patent itself, other than the images.

The most likely use case for such a device is for Teams meetings, and it could be powered by the company's Cortana digital assistant. Some of the names on the patent are from the Skype team, or at least at the time the patent was filed. Malek Chalabi was Principal Design Manager for Skype, although he was Principal Design Manager for Teams later that year, according to LinkedIn. Eliana Feigelstock was involved with Skype UX until December 2018, before moving to Amazon and working on Alexa.

We learned late last year that Microsoft is working on an ambient computing device, which was supposed to be slated for this year. Since this patent was originally filed back in August 2017, the timing likely lines up.

Microsoft also has been showing off a device at its various events for meeting rooms. While not looking anything similar to what's in the patents, the device would recognize when someone enters the room, understand who is speaking, and more. As noted by ZDNet's Mary Jo Foley, developer kits are available for purchase now.

It's entirely possible that Microsoft could show off this new speaker at its upcoming event on October 2. If that's the case though, it could be marketed at consumers and businesses alike.