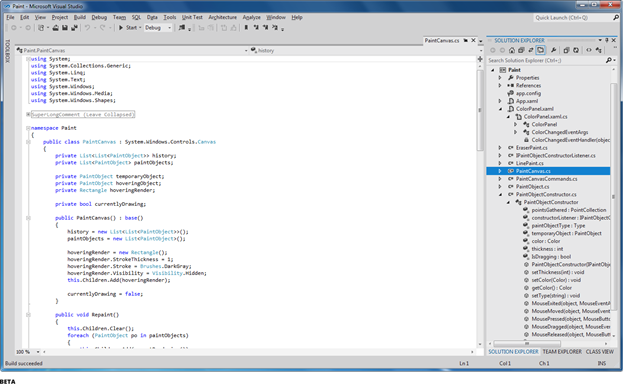 The beta version added a number of new features, including support for making apps for the Metro UI in Windows 8. Now Microsoft has updated the official Visual Studio blog with word on some changes it plans to put into the next version, which will be the Release Candidate build.

One of the most controversial changes in the beta, as least going by the previous comments from developers on the Visual Studio blog site, was the decision to eliminate the use of color in the graphics "except in cases where color is used for notification or status change purposes." Microsoft will make things more colorful for the Release Candidate version by colorizing the tool's Status bar,  lightening the grays in the light theme and window chrome, and by putting in broader and bolder use of accent colors in tool window headers and tab treatments.

The blog entry goes over a number of other changes and additions that will be put into the RC version of Visual Studio 11. There's no word on when it will be released, although ZDNet speculates it will come out at the same time as the Release Preview version of Windows 8.