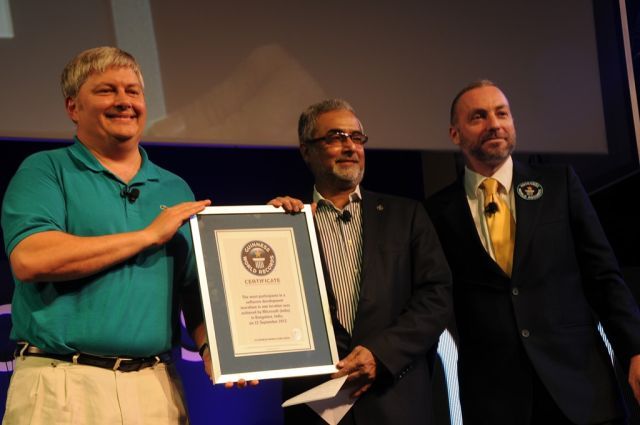 On Friday, Microsoft India held the Windows AppFest in Bangalore, and one of the goals of the 18 hour coding marathon was to set a world record for the most participants in such an event. The event ended earlier today and Microsoft can now officially claim that record.

In an updated post on the official Microsoft blog, the company said that the Guinness Book of World Records awarded Microsoft the record for "Most Participants in a Software Development Marathon in One Location." In the end, Windows AppFest had a whopping 2,567 software developers who were coding Windows 8 apps for 18 hours inside one venue.

Microsoft India's Facebook page has a album of images from Windows AppFest, and a number of Windows 8-based apps were made during the event. One of them came from Neel Mani and Keshav from PathPartner Technology Consulting, who created a web radio app.

Microsoft is trying to get more interest from developers in making "Modern" UI apps for Windows 8 ahead of its official launch on October 26th. In the US, they had college interns in Boston help make a number of apps that either have already been launched on the Windows Store or will be in the near future.