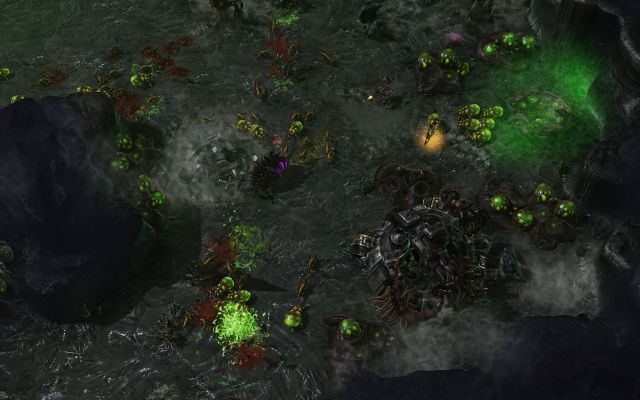 At the moment, people who want to play the full multiplayer experience for StarCraft II must purchase the full game, which also has a single player campaign. However, we have also seen the rise of the free-to-play game genre and titles such as League of Legends and the forthcoming DOTA 2 are gaining more and more players from that business model.

In a report on the PCGamesN.com website, there's word that Blizzard is at least considering a change that could turn the multiplayer part of StarCraft II into a free-to-play game. Dustin Browder, the lead designer on the sci-fi RTS game, said that the company was "looking at free to play as an option for the multiplayer" during a panel at the recent Valencia eSports Congress.

Browder said that one of the concerns about such a move was how the company could make money via a free-to-play StarCraft II. He is quoted as saying, "We don’t know how we would monetise it. While it might be good fun for me to play against someone with only half the units available to them, that’s not going to be an enjoyable experience for them."

You can bet that Blizzard will look more closely at such a move if other free-to-play games become more successful.