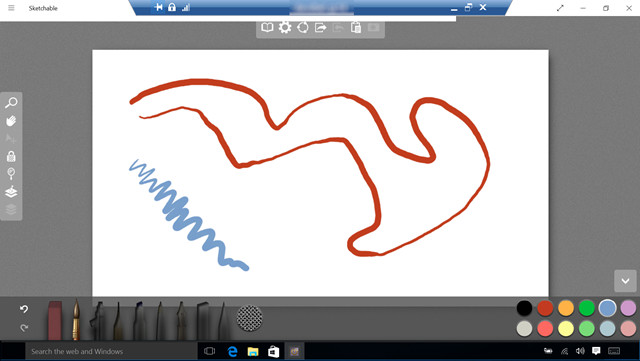 With the release of Windows build 10240 to 'Windows Insiders' and it going to RTM, Microsoft is less than a week away from the official release of Windows 10. While a majority of the features have long been solidified, Microsoft has made a post today bringing special attention to its 'pen remoting' feature.

Although 'pen remoting' has been available since Windows 8.1, the experience has been greatly improved for Windows 10. In Windows 10, using a pen during a remote session will allow the input to be treated as a first class input method. That means that during a remote session, your pen will still retain its unique properties like pen pressure sensitivity even when being used in a remote scenario.

Windows 10 will officially release in less than a week on July 29th, 2015. The upgrade will be available to any user that is running a legitimate copy of Windows 7, 8 and 8.1. As a promotion, the upgrade will be free for the first year. If you are close to a Microsoft Store, be sure to visit them on July 29th, as they will hold a special events for the release of Windows 10.