Microsoft wants to add more apps to its Windows Phone Store, especially apps that have been popular on other platforms. Today, Microsoft launched a new developer contest that's designed to encourage apps made originally with the PhoneGap tools to be ported to Windows Phone 8. 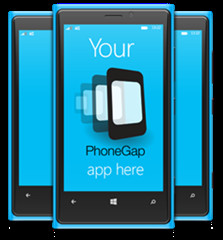 The Windows Phone Developer blog has the details on the contest that centers on PhoneGap, an open source toolset that allows developers to create software using HTML, CSS, and JavaScript. PhoneGap started supporting the creation of Windows Phone 8 apps in early 2013. The blog states:

Today, we’re launching a Porting Challenge and inviting developers who have used PhoneGap to publish apps in other stores – for example, Apple iTunes, Google Play, Blackberry World, Bada, Symbian, or Palm OS – to take any of their existing PhoneGap apps, published in any store, and port it to Windows Phone 8, like the Untappd app recently ported to Windows Phone 8.

Contest applications can be submitted until June 30th. A group of judges from Microsoft, along with members of the Adobe PhoneGap team and other industry members, will pick the best apps made with PhoneGap based on several criteria, including originality, innovation, ease of use and making the app engaging and visually appealing.