Three weeks after rolling out a major update for Apple devices, and just a few days after improving its Online offering, Microsoft has today announced the latest update for its app on Windows. These improvements are specific to the Windows Store app (or the 'Modern' app, if you prefer), available on Windows 8, 8.1 and RT, rather than the full Desktop application.

Microsoft says that the ability to print notebooks and pages has been "the single biggest feature request" for OneNote on Windows, and today, the company delivered that feature to its users. 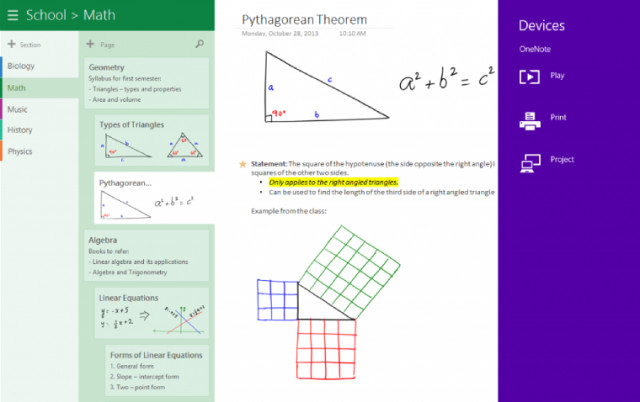 For keyboard users, printing a page is as easy as pressing Ctrl+P. Those using touch displays can do so by swiping in the App Bar from the bottom and tapping 'Print Page', or by going to the Devices charm and tapping Print. Microsoft promises that of all the usual printing support you might expect is included, such as previews, portrait/landscape orientation, multiple copies and duplex printing.

Many of Microsoft's customers also requested the addition of file attachments and PDF printout support, and Microsoft has now delivered these too. You can now add files directly to your notes, making it easier to organize information from different programs and across devices. 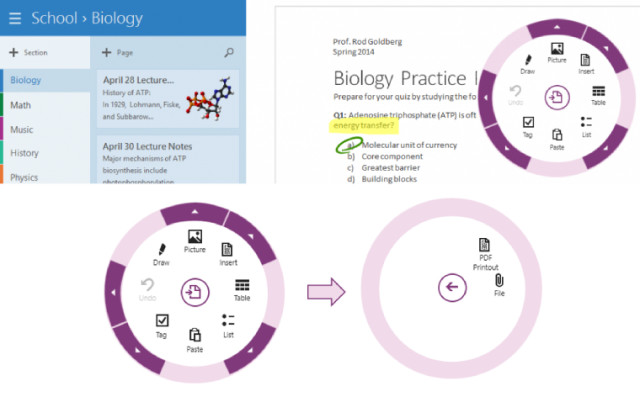 From the radial menu, tap Insert > File, and then attach the file to your note. If you insert a PDF into your note (Insert > PDF Printout), the entire document will become available within OneNote, allowing you to read, highlight and add text to the PDF.

A new option is now available in the radial menu, allowing users to highlight text using either a stylus or their finger. The pen color and thickness can both be customized from this menu.

Along with these additions, Microsoft says that the latest update brings "many other improvement [sic] ... including accessibility updates and numerous bug fixes".