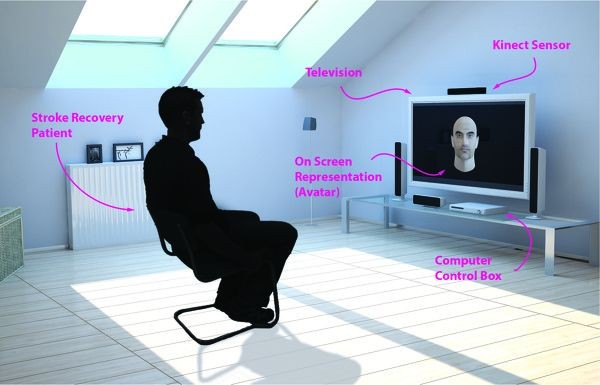 It's been nearly a year since Microsoft launched Kinect for Windows, and since then the motion gesture hardware has been used in a wide variety of ways, including a pilot project in the UK that was designed to help surgeons with touchless viewing of images in the operating room.

This week, UK-based Nottingham Trent University announced that it has received a £347,000 grant from the National Institute for Health Research Invention for Innovation for use in a prototype project that will involve Kinect. Specifically, the 18 month project will use the Kinect hardware and software to help stroke victims recover from facial paralysis.

Normally, the rehabilitation method would involve the stroke victim using paper to complete a series of exercises. The press release states the Kinect-based system will offer more direct methods for the patient to improve the movement of facial muscles.

The system will automatically detect and track asymmetries on either side of a patient’s face - such as mouth corner, eyelids and cheeks – while they complete their routine facial exercises. This information will be shown on a TV or computer screen to give immediate feedback to the user.

The plan is that if the system is a success after the 18 month trial period, it could be mass produced for use in other hospitals.