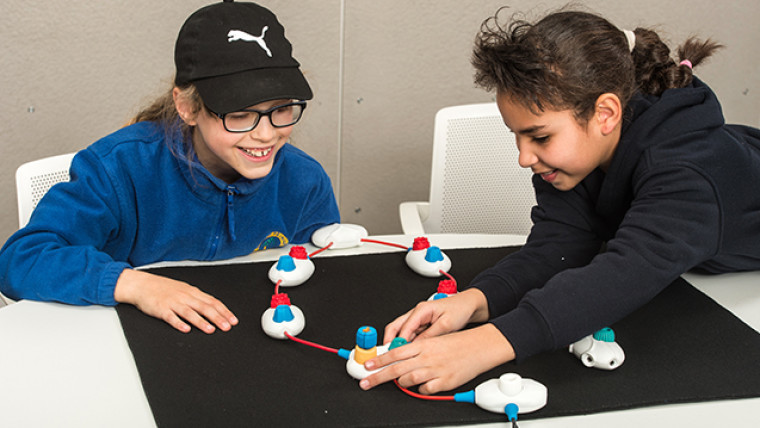 Project Torino revolves around using physical objects that connect to each other to teach children basic programming concepts. Logic gates, loops and functions can all be represented in a physical way, which children with mild or severe visual impairments can easily grasp. By using the system they can create songs, games and small programs.

Project Torino has been developed in the UK by educators, computer engineers and the children themselves. It’s been in testing for the past year with a small number of users, but it’s now progressing to its beta phase and being opened up to at least a hundred visually impaired pupils. However, the aim of Project Torino is much grander, as Cecily Morrison who works on the project explained:

One of our key design principles was inclusion. We didn’t want to isolate these kids again. The idea was to create something that a whole mainstream class could use, and they could use together. It’s clear that there’s a huge opportunity in professional computing jobs. This is a great career for a lot of kids who might have difficulty accessing other careers.

The project is aimed at 7 to 11-year olds, but the idea is to have all children, not just visually impaired ones, use it. Project Torino is also aimed at educators, who don’t need to have any coding knowledge beforehand to use it. Microsoft also developed an app for children to take what they learn in the physical world and continue their development in a more formal coding environment with built-in accessibility tools.

The beta trial will be recruiting volunteers this month in the UK, but the eventual aim of the project is to be made available everywhere in the world.