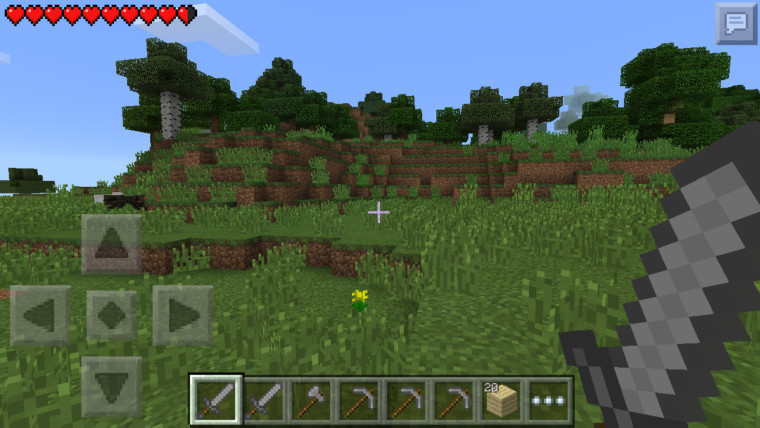 "Minecraft: Pocket Edition" finally made its way to Windows Phone on Dec. 10, but if you want to play the game in all its glory, do it on a large-screen device.

I first tried the game on my HTC Windows Phone 8X, but I was left frustrated by the controls. As with almost all first-person smartphone games, "Minecraft" uses virtual thumbsticks to move the character, which can be cumbersome on small screens such as the 8X's 4.3-inch display. Increasing the size of the movement controls helps some, but a problem still exists when mining, as placing your finger on the screen (to touch what you want to mine) is going to obscure your vision significantly.

While the 8X's small display caused problems, the game is much more enjoyable with a bigger device.

Using a Lumia 1520 provided by Microsoft, it was much easier to see what materials my character was actually interacting with. The virtual thumbsticks still took some time getting used to, but no more so than any other first-person game on a smartphone. Even on the 6-inch display, however, I increased the size of the controls, which are absurdly small on their default level.

The gameplay of "Minecraft: Pocket Edition" is identical to its Android and iOS counterparts, with two game modes: survival and creative. In the former mode, the world cycles through day and night, making it best to build a fort during the day to avoid the nighttime monsters, at least until you have more materials. The latter mode is essentially a large playground, with players able to create nearly anything they can think up without worrying about enemies. 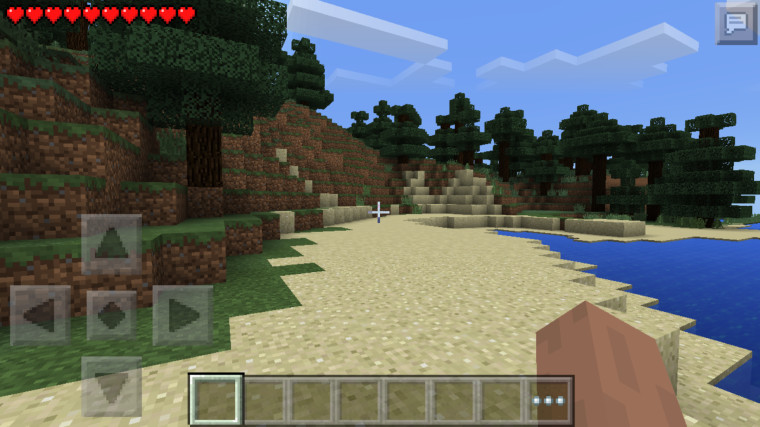 While it doesn't quite stack up to the PC and console offerings in terms of content, "Minecraft: Pocket Edition" is much more robust than other smartphone games. The worlds are much smaller than the ones found on the full version of the game, but they're still drastically bigger than what you'll find on most smartphone games. Similarly, the graphics are slightly downgraded from the PC and console versions, but they still look good and boast surprisingly far draw distances to make worlds that much more immersive.

There is multiplayer in the game, but it's limited to the same WiFi network, meaning it's nowhere near as robust as the full version of "Minecraft." If multiple people in your house have the game on the same brand of smartphone, however, it makes building structures and surviving much more fun. Note that Xbox Live integration is missing from "Minecraft: Pocket Edition" on Windows Phone, meaning there are no achievements; cloud syncing is also not in the game, so users can't back up their worlds between devices

"Minecraft" is a cultural phenomenon among elementary- and middle-school-aged children, making it a perfect gift to bundle with a smartphone for Christmas. The game is currently available in the Google Play Store, iOS App Store and Windows Phone Store for $6.99.

"Minecraft: Pocket Edition" was tested with a downloadable copy of the game provided by Microsoft.