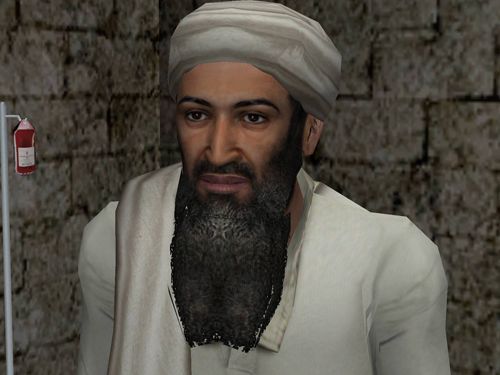 Last week's US Navy SEALS mission in Pakistan that resulted in the death of Osama Bin Laden has now been replicated as a free multiplayer game that uses Valve's Source Engine. As promised a few days ago, the Kuma Games development team has released the latest chapter of its long running episodic shooter series Kuma War II. The 107th chapter is titled Osama 2011 and attempts to recreate the mission conducted on May 1 via the available news reports on the mission.

The game pits one team of players as the Navy SEAL Team Six who raided the al Qaeda compound in Abbottabad, Pakistan where Bin Laden was reportedly living for the past several years. The other human team take on the roles of Qaeda defenders who have to keep the SEAL team from killing Bin Laden. The now late leader of al Qaeda is himself controlled by computer AI rather than by a human in the game. The SEAL team's main objective is to find and kill Bin Laden but there are other missions as well such as recovering his body and also obtaining intel about al Queda from the compound.

Keep in mind that this is a online multiplayer game only; there is no single player component. Also keep in mind that this game was created in the space of a few days with an older version of Valve's Source Engine technology so the graphical look of the game is several years old. Finally while the game is available to download and play for free, it requires an installer program that forces you to watch video ads from other companies.