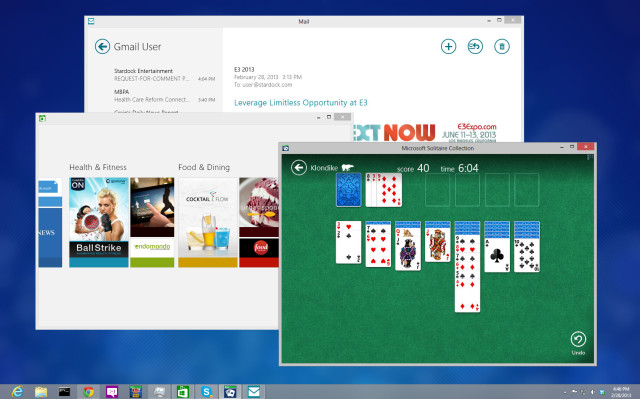 Earlier this month, Stardock released the first beta version of ModernMix, its third and newest app designed for Windows 8. Today, the company released version 1.0 of ModernMix, taking the software officially out of its beta stage.

You can check out the change log history for ModernMix at Stardock's website. As you can see, the final push from the last beta version to today's 1.0 build was to put in some improvements for how touch response on ModernMix worked on Microsoft's Surface Pro tablet, along with some other unnamed optimizations and localization support.

Just a reminder: ModernMix allows apps made for the Modern UI of Windows 8 to run on the desktop interface, either in full screen or in windowed mode. It also allows users to create desktop shortcuts for the Modern apps along with the ability to access those apps via the desktop taskbar.

ModernMix 1.0 is being sold for $4.99, or you can download and use a free 30 day trial version in case you want to put it through its paces before buying it. ModernMix can also be used together with Stardock's previously released Start8 Start desktop menu program. Keep in mind that these programs are just for Windows 8 and will not work on Windows RT.