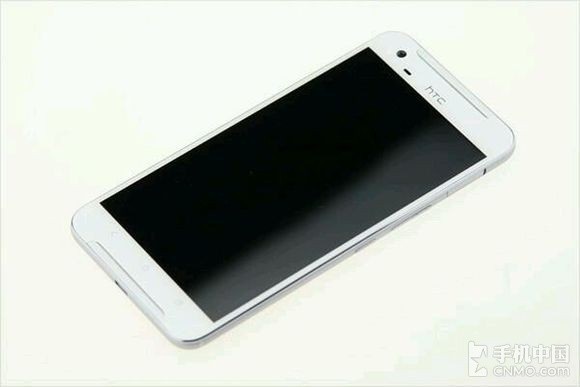 New leaked images of the unannounced HTC 'One X9' out of China appear to show what may be a major design change for the manufacturer. On the face of the new phone, the "HTC" branding has been moved to the top of the screen. This is a clear change from HTC's current standard design, where it is featured at the bottom near the navigation controls.

Such a change may indicate a new design standard across HTC's lineup in the future. Possibly even applying to HTC's next flagship, believed to be named the HTC 'One M10', due later next year.

Further changes involve the dual front-facing speakers, which have been pushed further toward the edge of the device. Finally, capacitive navigation buttons appear to replace on-screen navigation on the bottom of the screen.

The One X9 phone was first revealed last month after a separate leak by China's licensing authority, TENAA. That leak included the phones specifications, giving the first indication the One X9 is aimed at the mid-range market. The specs are believed to be:

The HTC One X9 is expected to be released in early 2016. The leaked images are available in the gallery below.