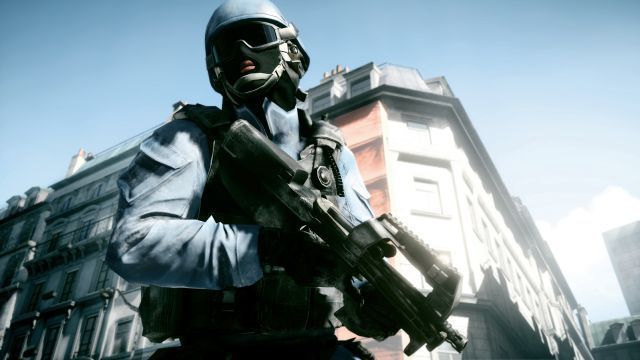 With the open beta test for Battlefield 3 set for release later this week, lots of PC gamers are hoping that the beta for the upcoming first person shooter will run on their gaming rigs. Today graphics chip maker NVIDIA has released a new set of GeForce beta drivers that it claims will improve the performance for people who have PCs with NVIDIA-based graphic cards.

The 285.38 GeForce beta drivers, depending on what graphics card you have, could boost performance of Battlefield 3 by as much as 38 percent. That number comes by comparing the new beta drivers with the previously released GeForce 285.27 drivers running the game on a GeForce GTX 570 graphics card at a resolution of 2650x1600 with the game's DirectX 11 support turned on. NVIDIA also says the new 285.38 GeForce beta drivers also will improve the "overall stability and image quality" for Battlefield 3.

If you happen to have an AMD Radeon graphics card and want to play the open beta for Battlefield 3, don't fret. A developer of the company's Catalyst drivers used his Twitter page to announce that AMD will release a special driver made especially for Battlefield 3 this week along with its regular monthly Catalyst driver update.

The Battlefield 3 open beta, which will let players check out one of the game's multiplayer maps, Operation Metro, will launch on Tuesday, September 27 for people who pre-ordered 2010's first person shooter Medal of Honor along with PC gamers who pre-ordered the digital download version of Battlefield 3. Everyone else will get access to the beta on Thursday, September 29.