Earlier in the week, we caught a glimpse of HMD Global's upcoming Nokia handset. While it is still unknown when this handset will make its official debut, we are now getting better images of the smartphone, showing off its notched display and dual camera sensors on the rear.

As you can see from the image in the article, the handset tries to offer an expanded display experience, minimizing the bezels on its sides and also carving out more screen real estate towards the top by utilizing a cutout design. However, we can see that despite its thin bezels around most its edges, it still does have quite a chin, which is most likely where the electronics of the display are housed.

The Nokia X or X6, whichever it may be called, is expected to arrive with a 5.8-inch notched screen with a 19:9 aspect ratio. There have also been rumors that it will arrive in two variants: one powered by a MediaTek P60 SoC, while the other will utilize a Qualcomm Snapdragon 636 processor. The MediaTek model will have 4GB RAM and the Snapdragon 636 unit will have 6GB RAM. As far as the camera goes, we can see its dual sensor arrangement but it does not look to be fitted with sensors in collaboration with Carl Zeiss. Hopefully, we won't have to wait long for this smartphone to be announced. 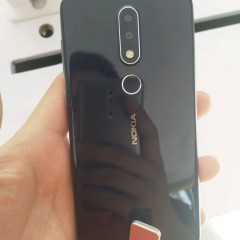 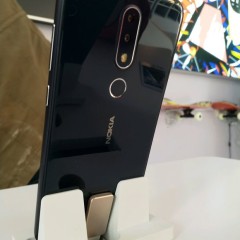 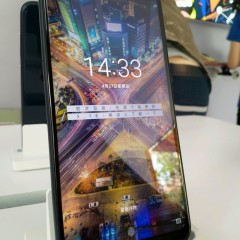 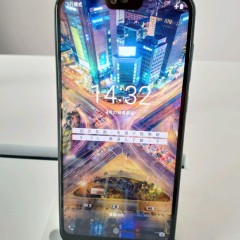