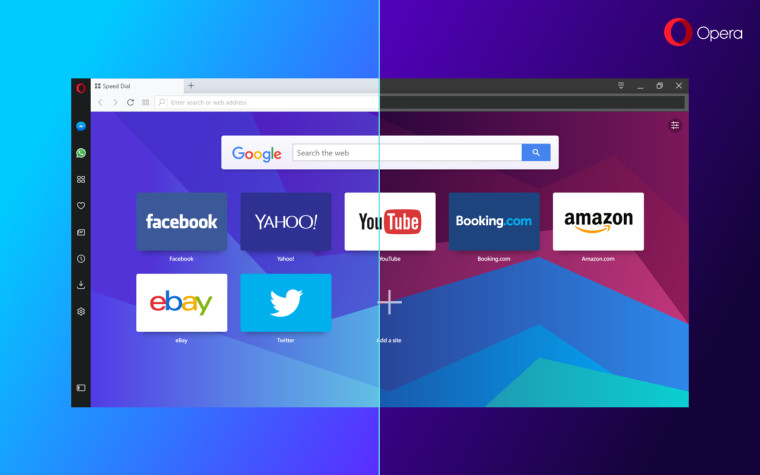 Opera has released its first ever TV advertisement for its web browser. The artistic ad will go live in the browser’s biggest market, Russia, and is apparently “a celebration of all the reactions you have when you watch content of the internet.” The TV ad has been released alongside Opera 46 which advances the Reborn project which aims to overhaul the browser with a fresh interface.

Opera 46 comes with several cosmetic and stability improvements; some of the things you’ll notice are that Speed Dial is now dark when wallpapers are disabled and dark theme is enabled, items that you import from the bookmarks bar will appear in Opera’s bookmarks bar automatically, and MacBook owners with the new touch bar will get an emoji input field. There are also a bunch of new wallpapers from artists Umberto Daina and Feridun Akgüngör.

According to Opera, the new release supports animated PNGs:

“Opera now supports APNGs, or animated PNG files. These are similar to your regular GIFs, but smaller. APNG also supports 24-bit images and 8-bit transparency which help maintain quality. This format has become quite popular recently, particularly since Apple adopted the APNG file format for iOS 10 iMessage apps. It’s worth noting that APNG was also supported in Presto.”

Opera 46 should feel more stable, too. Thanks to various crashes, memory leaks, and glitches being fixed, there has been a reduction of 35% in terms of crashes per user. Chromium 59 which powers Opera 46 introduced more background tab throttling which reduces power usage, thus increasing battery life and performance.