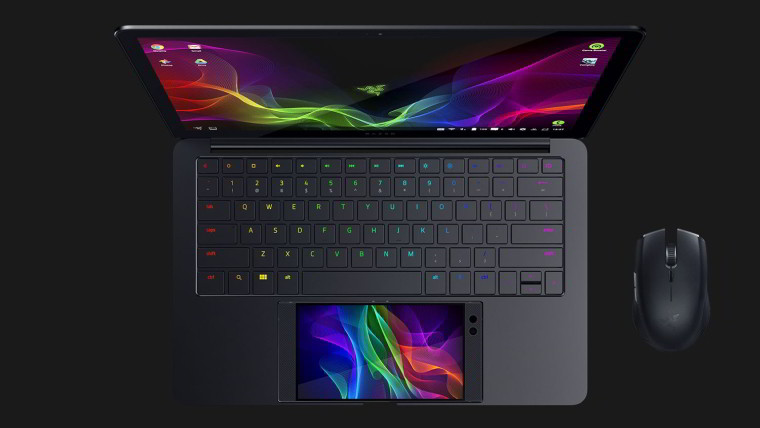 There are plenty of interesting products at CES this year, but Razer is showing off a concept project that melds a laptop chassis with its Android phone, allowing you to play or work on your phone with laptop convenience.

Project Linda is the laptop concept, but does not come with a traditional mousepad. Instead, there is a space where the Razer Phone can be docked, allowing the 5.7-inch screen to be used as a touchpad or as a second screen for games or work. The joining of the two turns the laptop chassis into an Android powered device running on a Qualcomm Snapdragon 835 with 8GB of RAM.

“Android power users and laptop enthusiasts share a need for performance in a mobile form factor, which we provide with our award-winning Razer Phone and Razer laptops,” Razer co-founder and CEO Min-Liang Tan said in a press release. “Project Linda combines the best of both worlds, bringing a larger screen and physical keyboard to the Android environment, enhancing the experience for gaming and productivity.”

While not a laptop without the phone, the chassis's keyboard does offer Razer's Chroma backlighting and customization settings. And, as with any laptop, a mouse can be connected as a peripheral for more precise control, particularly if the phone needs to be used as a second screen.

The more nitty-gritty specs of the chassis: unibody made of CNC aluminum chassis, only 15 mm thick and weighing in under three pounds. The 13.3-inch Quad HD touchscreen offers the same 120 Hz experience as Razer Phone.

Project Linda also has a 53.6 Wh internal battery that can fully charge the docked Razer phone three times without AC power. It offers 200 GB of storage, connectivity through a built-in 3.5-millimeter audio jack, a USB-A port, a USB-C charging port, 720p webcam, and a dual-array microphone. 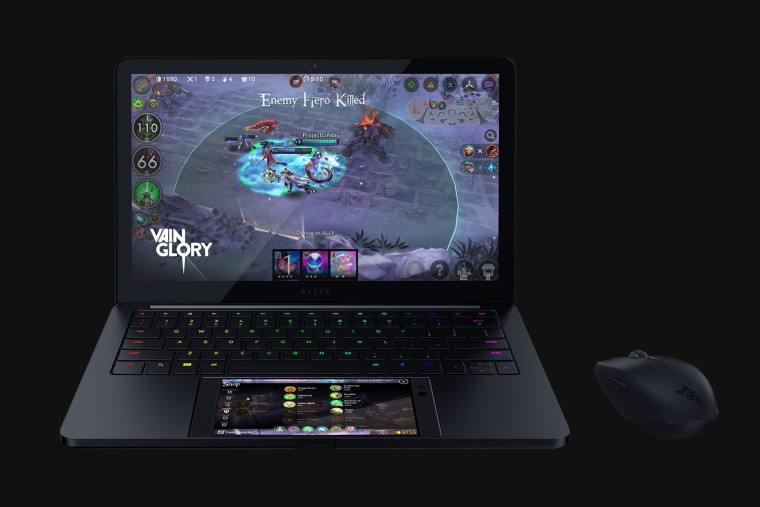 This is only a concept at the moment, as Razer gauges the feasibility of the unit and consumer response. More details are likely to come further down the road, such as price and availability, if the company decides to go into full production.

Hopefully, Razer will have better luck with this prototype than it did last year with Project Valerie, which was stolen from its CES booth and later appeared on sale in China for almost $22,000, despite a reward offer of $25,000.