Google's Nexus 5 may well be one of the most greatly anticipated devices of the year, and after a series of leaks revealed almost everything we could hope to learn about the device without actually using it, it's not hard to understand why. 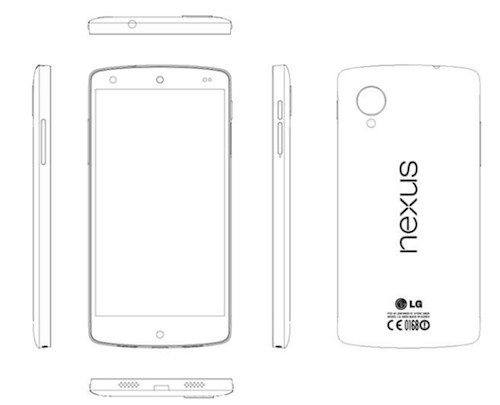 The device will be the first to launch with the latest version of Android, 4.4 'KitKat', and was spotted running the updated OS just a few weeks ago. CNET reports that the Nexus 5 with Android 4.4 will finally emerge from the shadows and into the spotlight next week. The exact date is believed to be October 15, based on murmurings and "whispers around the campfire" from the Google Launchpad event for start-ups, at which it seems that a few loose lips may have said more than they should.

Amusingly, it seems that Google not only lavished attendees at the event with KitKat bars, as you might expect, but also served generous helpings of key lime pie - a reference to what was expected to be the name for the 4.4 update before Google settled on the KitKat moniker.

The Nexus 5 - which is being built by LG - is expected to feature a quad-core 2.3GHz Snapdragon 800 CPU, 2GB RAM, up to 32GB of storage and a 4.95-inch 1080p display, along with integrated wireless charging. Perhaps the most extraordinary aspect of the device could be its price, with some suggesting that it could cost as little as $299.

The rumoured October 15 launch date is broadly in line with previous reports, which have also suggested that the device will begin shipping before the end of this month.