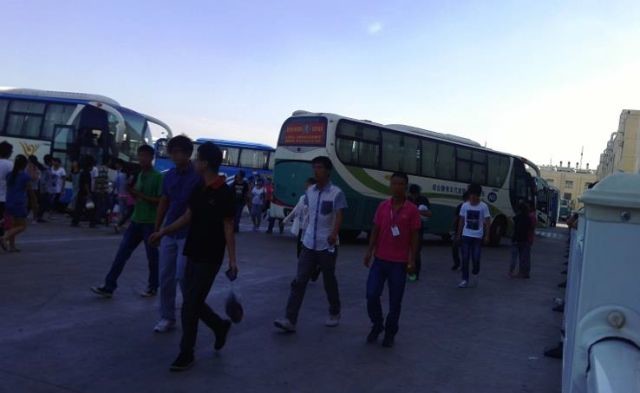 Apple may be getting ready to officially debut new iPhones next week at a press event, but today a group that has been critical of the treatment of workers that make Apple products in the past is going after the company yet again. The group, China Labor Watch, claims to have found numerous worker violations at a Wuxi, China plant that is helping to make the plastic casing for the iPhone 5C.

The organization presented its findings in a new paper today, which claims their undercover investigation has documented many labor issues at the Jabil Green Point facility. In an interesting twist, the plant is actually owned by a U.S.-based company called Jabil Circuit, which has its headquarters in St. Petersburg, Fla.

The group claims that workers at the Jabil Green Point plant have to accept as much as 11 hours of unpaid overtime a month, along with more than 100 hours of monthly mandatory overtime, three times the amount that is supposed to be allowed under China's labor laws. It also claims some of those workers have to stand up as much as 11 hours per day with no rest except for 30 minute meal breaks.

Despite half a decade of outside investigations and self-reporting on myriad labor abuse throughout its Chinese supply chain, Apple has continually failed to compel supplier factories to conform to Apple’s code of conduct and local labor laws before giving these suppliers Apple production orders.

In a statement sent to AllThingsD, Apple says it has conducted worker audits at that plant three times over the past 36 months. It added, "We take any concerns about our suppliers very seriously, and our team of experts is on-site at Jabil Wuxi to look into the new claims about conditions there."

The same organization released the results of a similar investigation of three factories in China owned by Pegatron in July that help to make Apple products, claiming to have found numerous labor violations at those facilities. There is a long history of labor issues at Chinese plants owned by Foxconn that also makes parts for Apple devices, including an explosion in 2011 in one facility that resulted in the deaths of three workers.