Apple's September 10th event is fast approaching, and we are likely to see the unveiling of the iPhone 5S and a lower cost plastic iPhone 5C. A feature rumoured to make an appearance in at least one of these new devices is a fingerprint sensor, embedded within the home button, demonstrating Apple's first foray into biometrics.

It may be that users only need to press the home button to wake up the device, as they usually do, and have it automatically unlock for them, removing the need for a passcode. Blogger Sonny Dickson posted these images, which shows the tiny sensor attached to a ribbon cable. 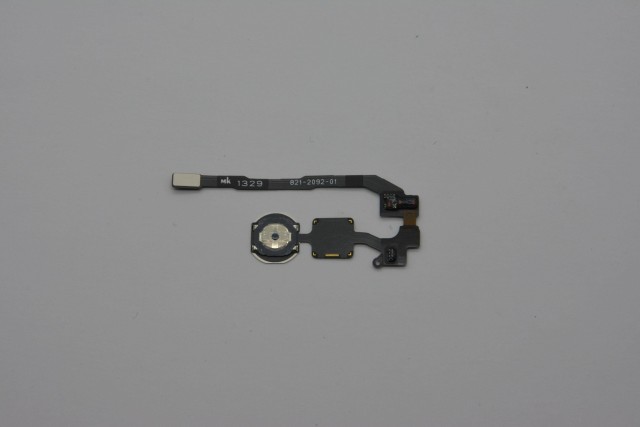 You may like to judge for yourselves on whether you think these are legitimate parts, as they are drastically different to previous home button connectors, found in the iPhone 5. However this isn't the only leak of this sort, as French site NWE posted similar pictures earlier this week, which are almost identical to the new leaks.

Last year, Apple acquired AuthenTec, a company that specialises in biometrics, so since then we have expected to see Apple utilise their new expertise.