The LG G5 is a complicated flagship that offers a unique modular design and has a pretty good camera. But, what makes it stand out amongst its peers isn't the megapixel count, but its extremely useful wide angle lens. Although innovation in smartphones has arguably stagnated - the G5 does offer something no other handset currently does. For those that have strived to take smartphone photography further, third party lenses that provide wide and macro options are old news. I myself experimented with these previously, but wasn't really satisfied with what they had to offer.

After using the LG G5, and switching to other devices, I started getting the itch of wanting to shoot more things in wide angle. While the G5 can offer wide angle in LG's camera app, it can't expand the use of the lens to other apps like Snapchat, Periscope and more. This is when I decided to revisit the idea of using a third party lens and maybe create a comparison against the G5. Rather than go with the standard $10-15 set, I decided to dig a bit deeper and find something that could actually provide better quality. While I did see some excellent options, they were only available for the iPhone and didn't support Android handsets. In the end, I was able to find something similar through Aukey, but it ended up being a solution that clips onto the handset. 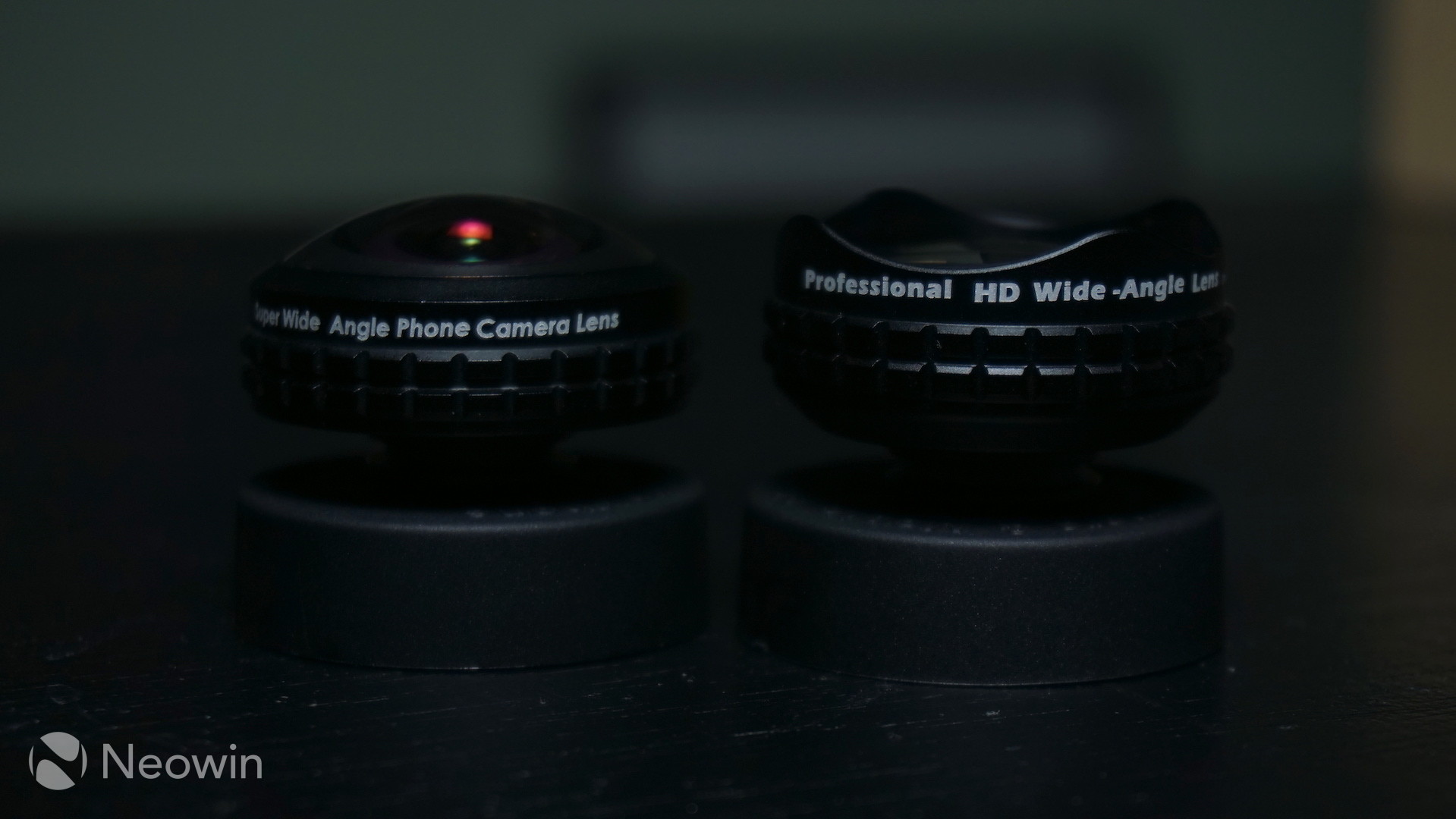 The first thing you'll notice about the Aukey lenses is their size. These things are massive compared to most options available and also weigh a bit too. While it does make them tough to pocket, Aukey does offer a nice pouch and lens cap for its lenses, making it easier to carry around. The reason for the size and weight is the use of aluminum and glass. Aukey states that each lens offers "5-element, 4-group optic glass" that is supposedly able to capture corner-to-corner sharpness. This means that when you are shooting with these lenses, things should not look distorted and the construction of the lens should also minimize glare and reflections. Naturally, these lenses feel solid and good in hand. But, what good is a lens, if it can't perform the task of shooting sharp crisp photos? 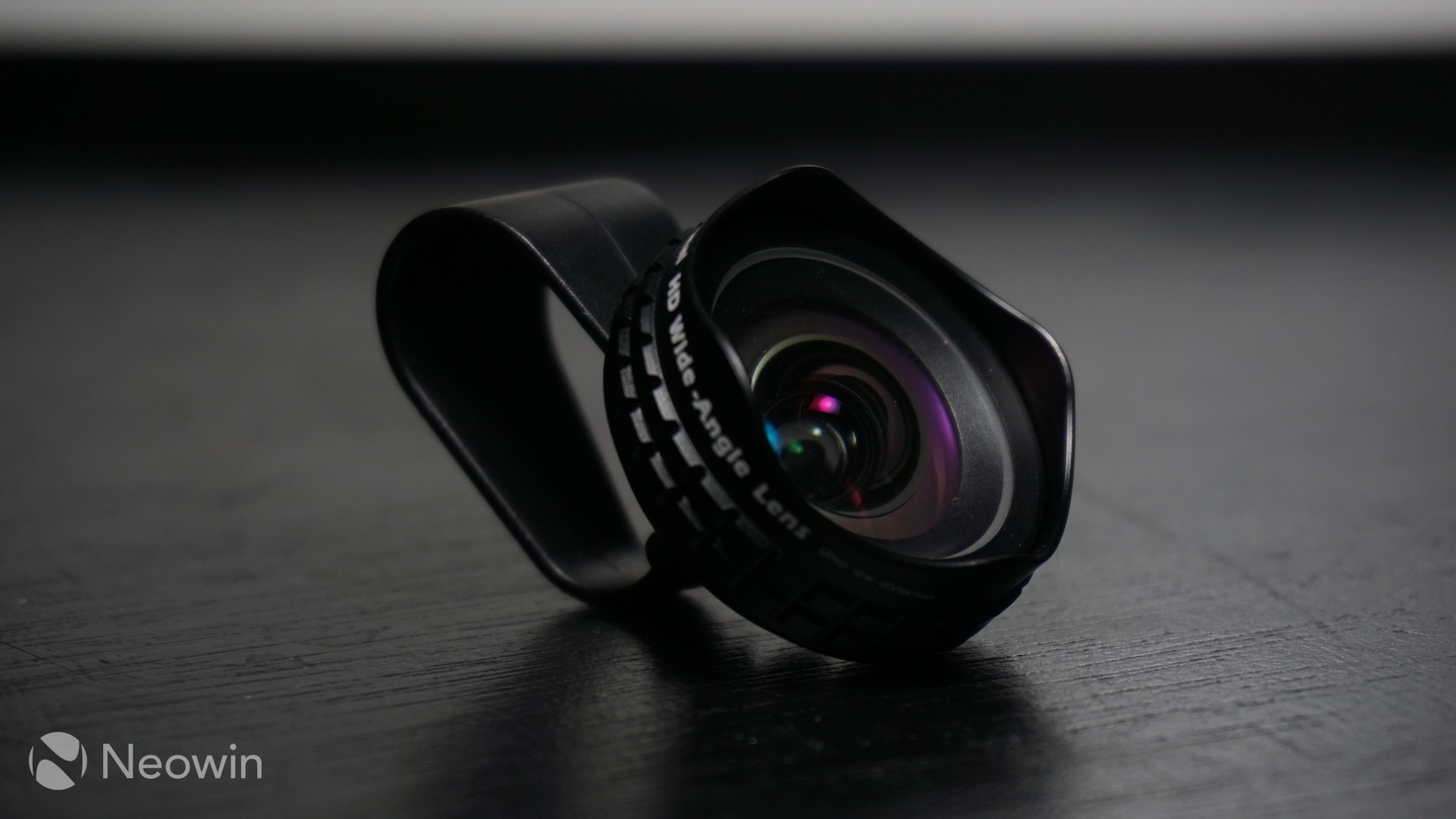 As mentioned previously, you'll be required to clip the lens to the smartphone, in order to take advantage of the product. Both lenses come with a plastic clip, that has an opening for the lens, and also a soft rubber knob on the end that will be most likely pressed against your display. The tension in the clip is more than enough to keep the lens in place and shouldn't wobble out of place while being carried around. Those with a plastic screen protector will want to be gentle when adjusting, as the rubber knob can create indentations in the film. 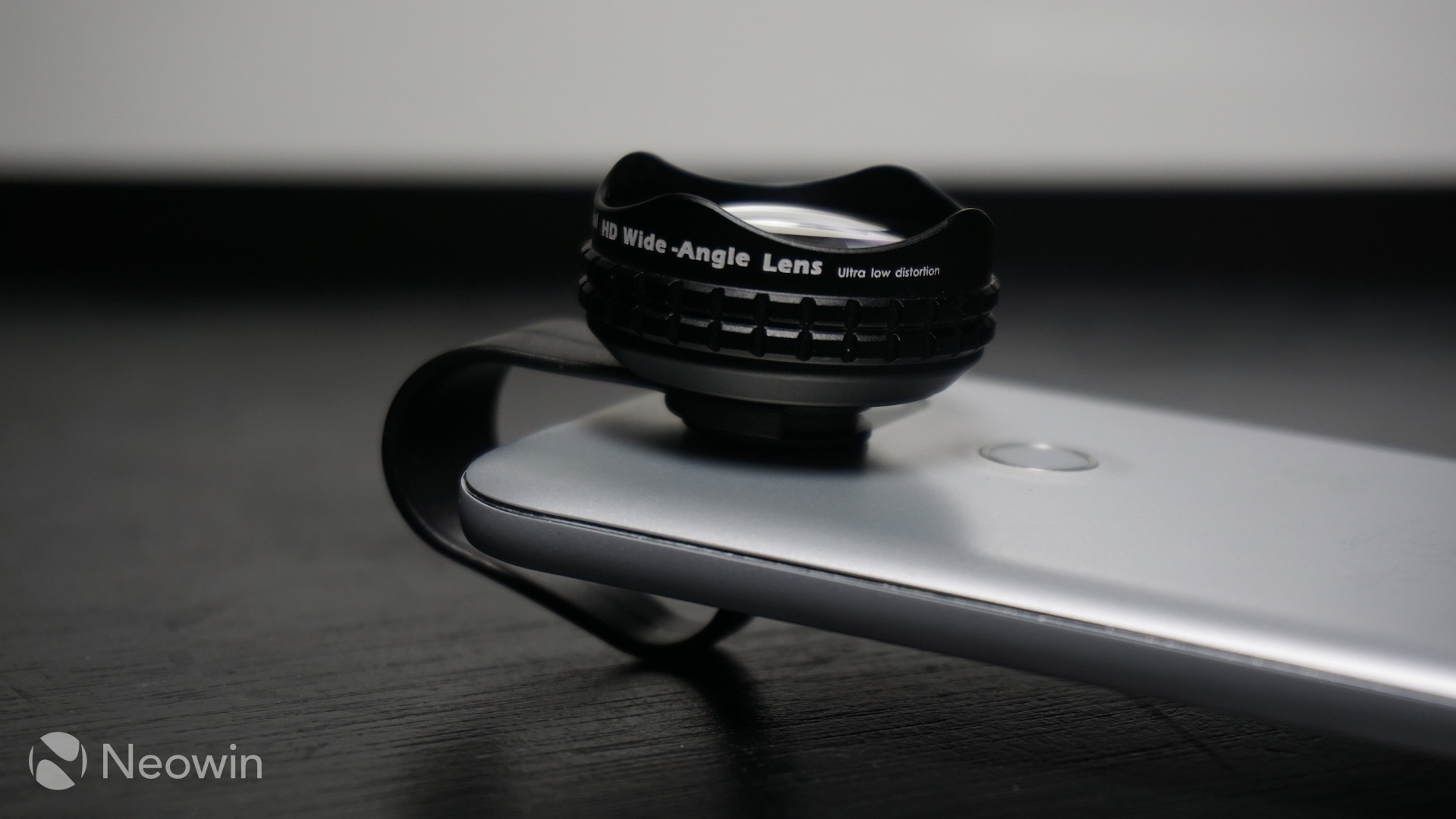 Clipping the lens to the smartphone will require quite a bit of finesse and tinkering. While the clip allows for a fairly strong hold, its the aligning process that takes quite a bit of time. If the external lens is not properly aligned with the camera, the image will look distorted. Once you get the lens aligned, chances are there will still be dark spots in the corners, which can be corrected by shifting the lens. I did quite a bit of tinkering, but always managed to have a bit of dark in the corners, no matter how well I positioned the lens. For the most part, the lens is not something you are going to be popping on and off on a whim, and even if you due have it mounted for the total duration of use, you will be checking, and rechecking the alignment. 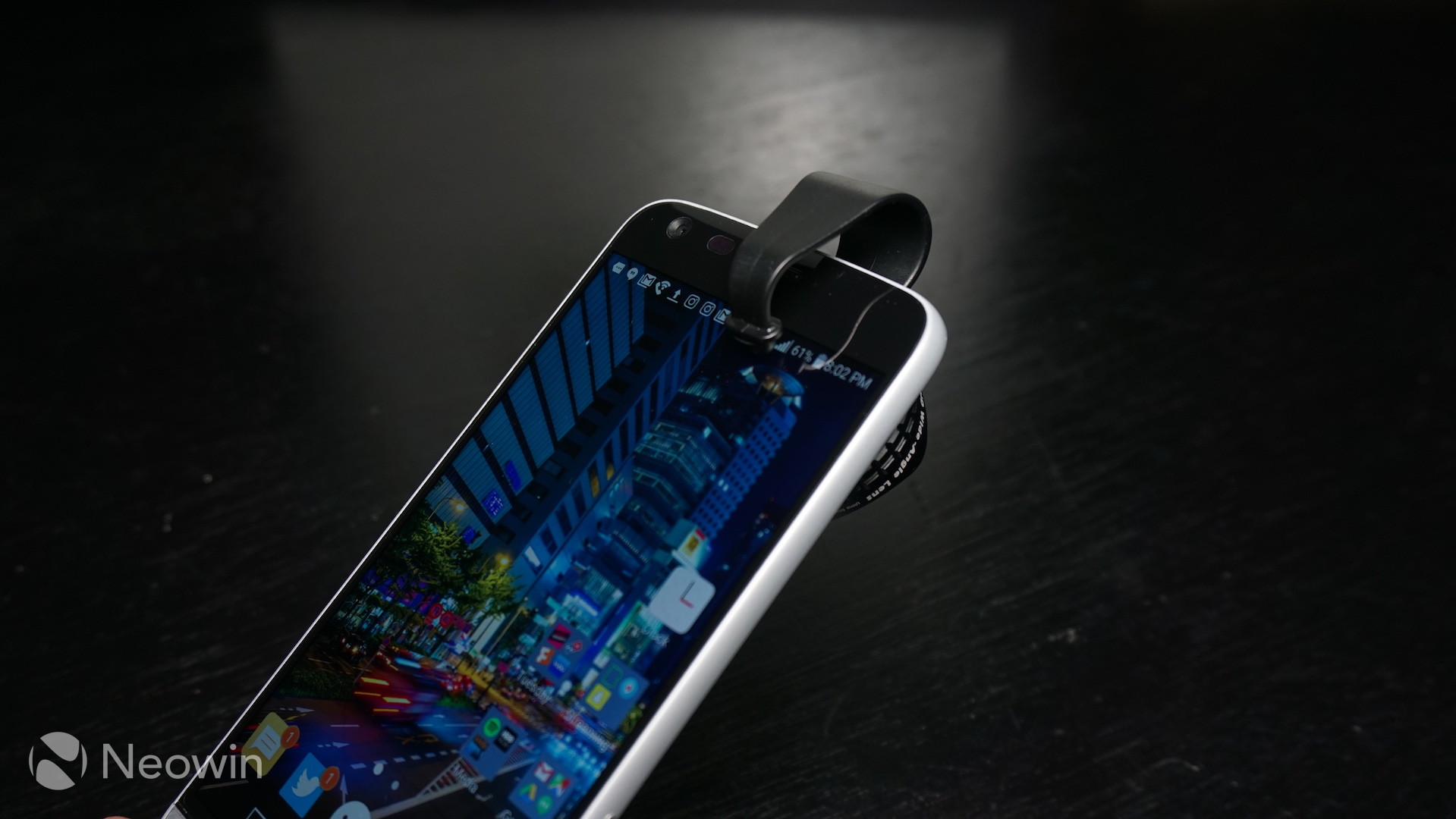 For comparison, I used the LG G5 to shoot all photos and videos. Although the wide angle lens on the G5 is a lower resolution, what we are really after in these tests, is to see whether these lenses can emulate the quality of the native lens found on the G5.

After multiple rounds and trying in different environments, I wasn't able to get the desired results from the Aukey lenses, with most pictures looking inferior to the G5's native wide angle lens. While the pictures don't look all that bad, there is definitely lack of quality. but more so its about the lack of consistency. What is irksome about the whole process is that it takes quite a while to get everything set, and even then, the lens could be a hair off, ruining the resulting images. It's honestly a hit and miss, even with the hits being mediocre most times. While I was expecting a bit more, due to the price, the Aukey suffers from the same faults as its cheaper clip on competitors.

For the most part, you get a lens that can work decently, lacks consistency, but even at its peak can't outshine the G5's native lens. For the average user, I think these lenses should be treated as something just for fun, being able to produce something different when shooting photographs. Although Aukey may have a superior product when it comes to build quality or its lens, you can never really gauge this due to the application. I understand that the clip mechanism is the most universal solution, but at roughly $30 each, these lenses should come with dedicated mounts for the most popular Android smartphones. Aukey does offer a more stable setup for the iPhone, hopefully they can bring this system to Android devices, because without a stable base, the lenses are truly unremarkable and overpriced.

I'd like to extend a big 'Thank You' to the folks at Aukey who supplied the PL-WD02 / PL-WD01 for this review. If you are interested in purchasing this device, you can pick it up from Aukey via Amazon (links above). You can check out more at Aukey's official product page.