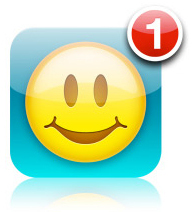 As iOS 4.3 rolls out, it’s time to start cranking out rumors about the next evolution (or ‘revolution’) of the world’s most popular smartphone and tablet OS. According to the latest set of rumors, iOS 5.0 is slated to be Apple’s next release, and may include free Mobile Me access.

The source of this information expects that Apple will soon begin inviting press to a special event in the first half of April, where Apple is expected to unveil iOS 5.0 – with improved multitasking and notifications, along with various other changes. But the big news for many will be the inclusion of free Mobile Me, although it’s unclear if this will be the full Mobile Me, or a cut-down version for the masses (think Xbox Live Silver vs. Gold). Free Mobile Me would help Apple to close the cloud-gap between it and its smartphone rivals, most notable Google and Microsoft. Mobile Me rumors also include mentions of cloud music streaming for iTunes and more seamless cloud storage.

If these rumors prove true, this move will place even more pressure on Apple’s competitors, in a market that they effectively lead. For Google, the inclusion of free Mobile Me will crush one of Android’s biggest selling points (Google’s cloud).  For Microsoft, who’s still struggling to get their first minor update out the door, Apple’s speedy updates should raise more questions around why Windows Phone 7 updates are travelling at a snail’s pace.