A gadget blog is claiming to have obtained and tested a 64GB iPhone 4 engineering prototype direct from the Foxconn factory. "The owner of this engineered prototype told us that he got it from a source who has a small quantity of these prototypes. They are definitely leaked from Foxconn’s factory in Shenzhen.", "according to the owner, he believes that the next iPhone will bring 64GB storage capacity to users," reported the blog. 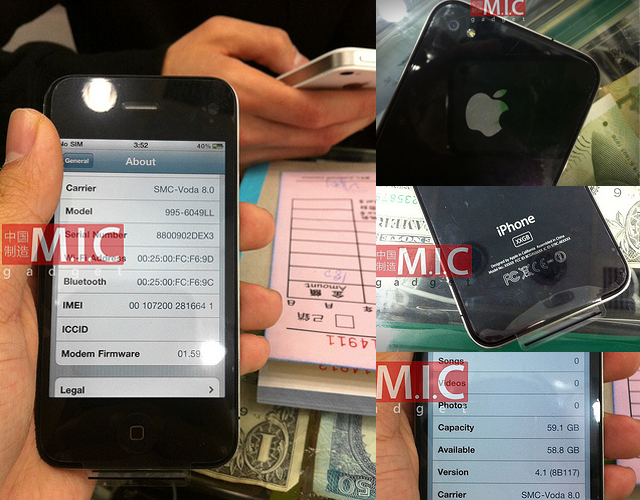 There is no news on the price or, in fact, anything else but it seems Apple may be following the capacity increments of the recently released iPad 2. From what we can see in the photos, the obtained device appears to follow the same style as the previous leak, including 'xxGB' markings, a different camera surround, no symbols for volume control and model and FCC identifications of XXXXX and BCG-AXXXXX respectively.

Foxconn, the phone's manufacturer, has only ever shipped 16GB and 32GB models of the iPhone 4 and this leak may be part of a collection of different prototypes with numerous new features on each one, but at least we know this is the real deal for now.