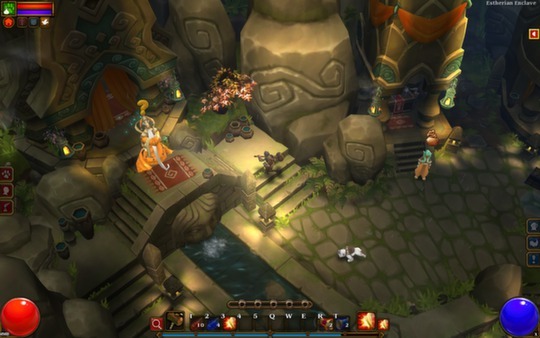 The nearly three year wait is over. Runic Games has now released Torchlight II, its highly anticipated sequel to its 2009 action-RPG. Already, the game is on top of the sales charts on the Steam download service.

In a new interview at Rock Paper Shotgun, Runic Max Schaefer said that the development team is going to take a little bit of a break after the game is released before they start work on future projects. Some of those plans may include DLC packs for Torchlight II, a full expansion for the game or a version made for tablets.

And what about their next full game? Schaefer hints strongly that it may not be Torchlight III, saying:

[An entirely new, non-Torchlight project] may actually be the thing we decide we want to do next, because we might be so tired of making Torchlight that we’re kind of burned out. Maybe we want to cleanse the system a little bit before we go back to Torchlight. Because, I mean, we’re gonna go back to the Torchlight franchise, obviously. But we may do something else in-between. That’s on the list of things that sound kind of cool, and we have to evaluate down the line.

In 2009, Runic said they were planning to launch an MMO based on the Torchlight franchise as their follow up to the first game. The team changed their minds and came up with Torchlight II instead. Schaefer said that they still want to do an MMO game but added, "We don’t just want to make the standard MMO in the Torchlight universe. We want to change up the genre and put a unique stamp on it."