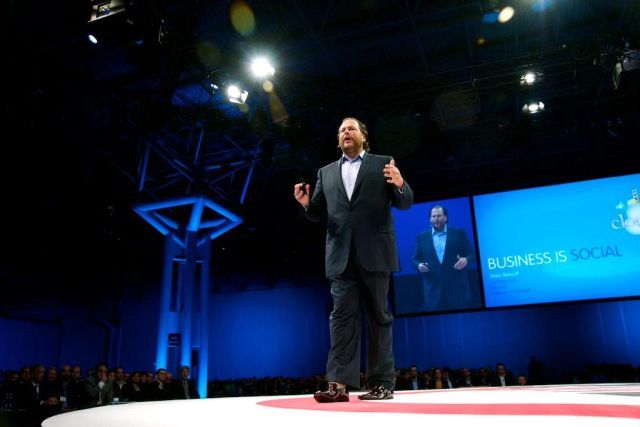 Marc Benioff, the well known and highly outspoken founder and CEO of Salesforce.com, has never been shy about explaining his views about how cloud-based software is going to replace the traditional enterprise software model .... someday. Today, he let loose with a bold prediction about Windows 8.

Computerworld.com reports that, during a Q&A session at a company event in New York City, Benioff said that Windows 8 would be "the end" of the line for Microsoft's PC OS. He also feels that Windows will eventually become "irrelevant" as more and more business software services move to cloud-based solutions.

Benioff admitted, "Now, we're not completely there. Everything is not heterogenous client, everything is not LTE, everything is not cloud." But he also claims that some large businesses want to get rid of PCs in favor of employees using portable devices that they may buy and bring to work on their own, in the "bring your own device" approach.

Benioff said he recently talked to an unnamed CIO. He stated, "Her goal is to get rid of all of the PCs. She doesn't see a demand curve from users for PCs." Microsoft would not respond to Benioff's comments.

Of course, it's always good to take statements such as those made Benioff with a great deal of salt. Salesforce.com is, after all, all about the cloud and Benioff is trying to sell his services as better than traditional PC setups. Let's also keep in mind that Windows 8, and its cousin Windows RT, are being made with a theme of portability and cloud connections, as is Windows Phone 8.