Last year, the Samsung Music service was shut down, shortly after the company introduced its free 'Milk Music' offering for owners of its Galaxy devices in the US. It later expanded Milk with a video streaming service too, but soon - in a matter of weeks, in fact - it will be shut down. 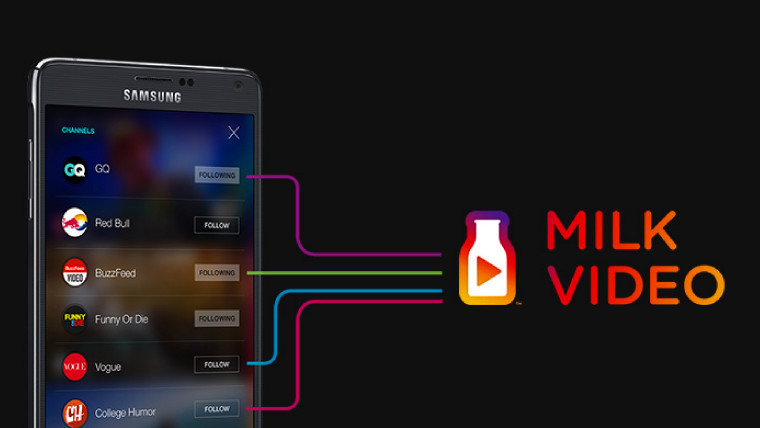 Milk Video features a curated selection of clips from popular content providers, such as BuzzFeed, Funny or Die and College Humor - all free, and ad-free, on Samsung devices. Samsung even convinced some of these firms to create exclusive content for Milk Video, believing that free extras like this would add further value to its devices, setting them apart from those of its rivals.

But less than a year after its launch, things haven't quite turned out as planned. Amid lower-than-expected sales of its Galaxy S6 flagships, and declining profits and market share in its mobile division, Samsung is making some changes to its vast product portfolio, and Milk Video will be one casualty of its streamlining efforts, as it explains on the app's Google Play store listing:

While we remain committed to providing premium entertainment services, we have decided to end support for the Samsung Milk Video app as of November 20, 2015.

That shutdown date will come one day after the app's first (and, as it turns out, last) birthday - a rather sad end to a short life, but since everyone's already gone back to watching videos of game-streaming and cute kittens on YouTube, it seems likely that Milk Video won't be mourned for long.