At the launch of the iPhone 6s, Apple claimed some serious speed improvements for its latest devices. “You’ll experience up to 70 percent faster CPU performance, and up to 90 percent faster GPU performance” reads the iPhone 6s web site. While some may have been quick to downplay these claims as hyperbole, we are now starting to see benchmarks that back up Apple’s claims.

AnandTech have published their preliminary results after benchmarking the iPhone 6s and iPhone 6s Plus, and found that it is a significant improvement over the previous generation of devices. The iPhone 6s outpaces the iPad Air 2 in many benchmarks and even nudges up to the Microsoft Surface Pro 3 in others.

Firstly, the team looked at the new storage technology in the device:

In the case of the iPhone 6s, it seems that this means Apple has effectively taken their Macbook SSD controller and adapted it for use in a smartphone.

Using this technology, the iPhone outpaces all other benchmarked iOS and Android devices in sequential reads and writes. However, when it comes to random reads and writes, the iPhone drops back several positions and Android devices take out the top. The authors do note that this is likely due to a bottleneck in their testing processes, rather than a limitation of the storage technology. 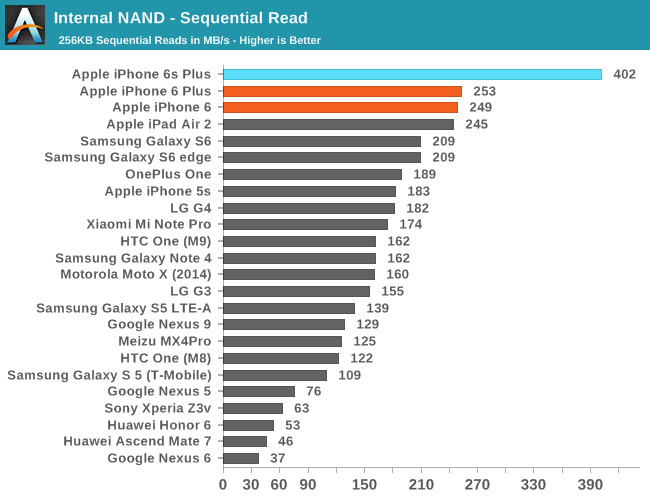 Overall, NAND performance is impressive, especially in sequential cases. Apple has integrated a mobile storage solution that I haven’t seen in any other device yet, and the results suggest that they’re ahead of just about every other OEM in the industry here by a significant amount.

Next up is the web browser benchmarks, where the iPhone sets new benchmark records for the mobile space. The iPhone 6s only loses out to the Surface Pro 3, but otherwise beats out the rest of the competition. 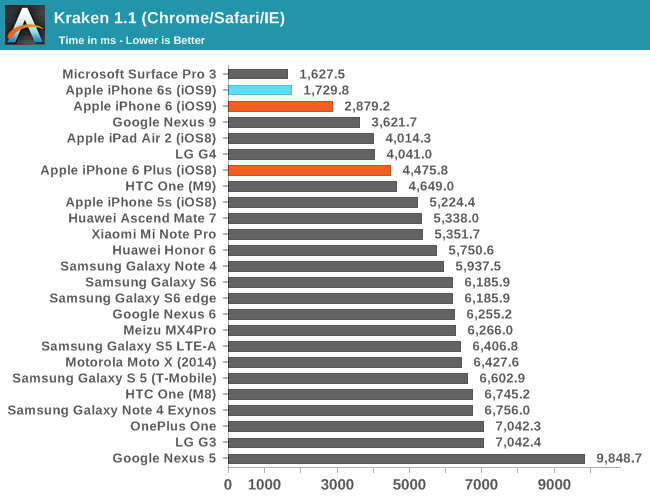 When it comes to game-related performance, the iPhone 6s excels in the overall 3DMark test: 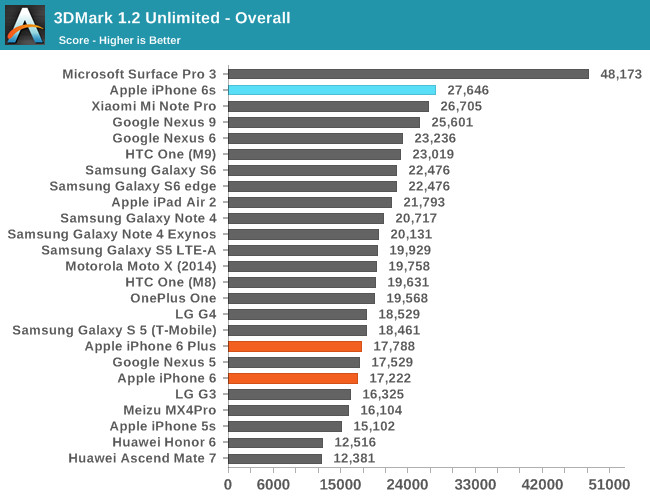 Finally, what benchmark would be compete without looking at battery life? It seems that the smaller battery in the iPhone 6s and 6s Plus may have an effect on observed battery life. The 6s Plus is seeing about 12.9 hours of use, down from 13.72 of the iPhone 6 Plus, or roughly 6%. The team believes this may be due to their single testing scenario and in real world scenarios this difference may be a lot smaller. 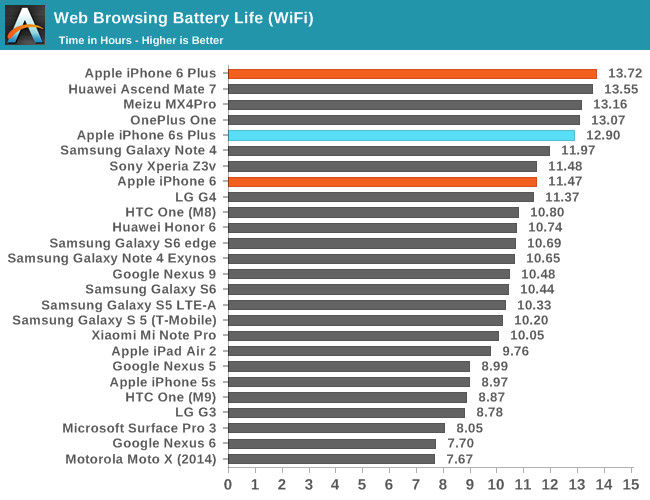 It’s likely we will see a lot more detail surrounding the battery, along with other aspects of the new devices, when the team release their full rundown of the new iPhones.