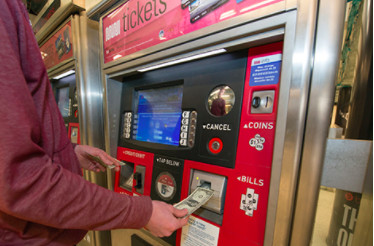 Thanksgiving is a day generally reserved to spend time with family and friends in the United States, the follow day, Black Friday, is a day upon which merchants offer huge discounts to kick off the holiday shopping season. While there were many great deals to be had over the weekend, it looks like those in San Francisco were treated to free rides via public transportation during the holiday weekend.

According to CBS's San Francisco affiliate, the ticketing gates were open on Saturday night allowing all passengers to pass without payment. A CBS source stated that The San Francisco Municipal Transportation Agency (SFMTA) systems had been compromised for the past few days making it possible for such a phenomenon to occur. Those attempting to purchase a ticket would have found themselves unable to pay, as payment terminals were also compromised. While it remains unknown as to who was responsible for the incident, SFMTA is continuing investigation.