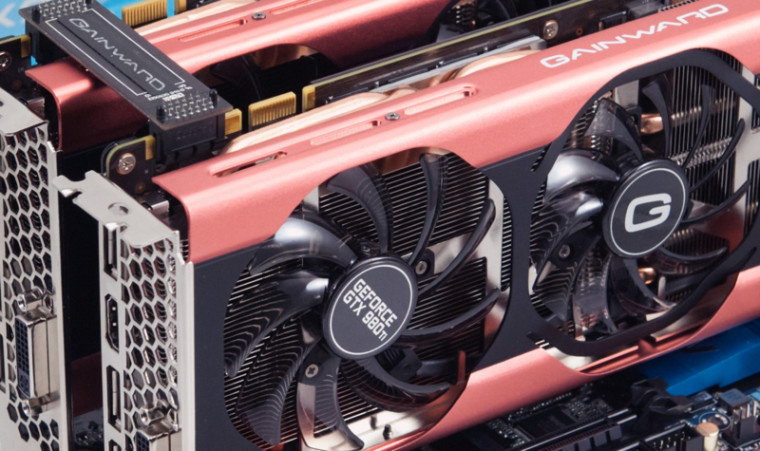 We got our first look at Nvidia's GTX 980 Ti reference card almost two months ago and up until now we had yet to check out a board partner's production model. Compared to reference designs by Nvidia and AMD, their partners usually come up with creations that run cooler and quieter.

A perfect example of this is Gainward's GTX 980 Ti "Golden Sample", which we have on hand today, featuring a 15% factory overclock that Gainward says provides 11% more performance on average. The GTX 980 Ti GS has a "Zero RPM fan design," meaning all three fans can be stopped until the GPU temperature rises to 60°C or above. Gainward also says its card operates 10°C cooler and is 6dB quieter under factory overclocked conditions.

Not wanting to simply just revisit the GTX 980 Ti's performance, we'll be hooking up two of Gainward's cards for some SLI testing and to make the numbers even more interesting, we'll add a pair of AMD's Radeon R9 Fury X cards in Crossfire.

Read: GeForce GTX 980 Ti SLI vs. Radeon R9 Fury X Crossfire
This article is brought to you in partnership with TechSpot