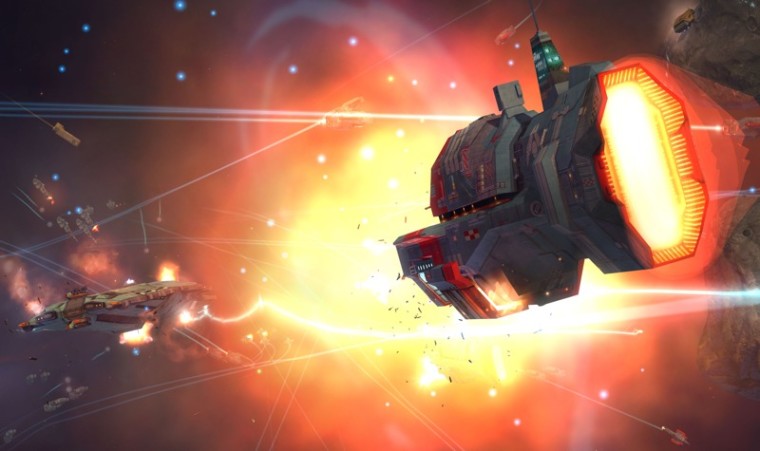 Having been a fan of real-time strategy games since the mid-90s, there aren't many titles in the genre that I haven't played. The original Command & Conquer had me hooked and I also spent my share of hours with Dune and Warcraft releases. At the time, RTS games were so similar in look and feel that it was relatively easy to move between them.

That changed in 1999 with the arrival 'Homeworld', the first RTS that allowed players to move through three-dimensional space. Built on the custom Homeworld engine, Relic Entertainment's 3D RTS was praised for its mind-blowing graphics, gameplay and other features, winning both IGN and PC Gamer's game of the year award in 1999.

Given Homeworld's success, and an equally well-received sequel in 2003, it's been too long since we've heard about the series. Although Homeworld fans haven't been lucky enough to receive a brand new game, they are able to relive the magic at high resolutions with a full graphical makeover. The remastered versions have high-res textures and models, new visual effects, recreated cinematic scenes, and support for HD, Ultra HD and 4K resolutions.

Read: Read the complete article.
This article is brought to you in partnership with TechSpot