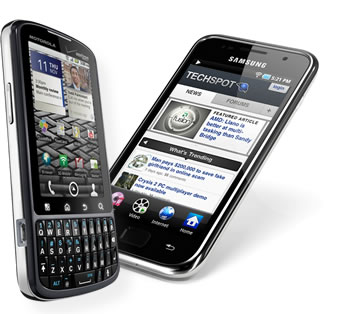 If you are in the market for a smartphone there are plenty of great options to choose from. An overwhelming majority is powered by Google's Android platform, which continues to extend its lead in terms of total users thanks to a growing lineup of devices covering a wide range of features and form factors. But there's also stuff going on elsewhere.

Apple didn't release a new iPhone this past June as it has in previous years, however the company is expected to bring out the guns sometime around September with new hardware and the next version of iOS -- which is enough reason to be excited about. Meanwhile, Microsoft is slowly getting more Windows Phone 7 devices in the market, and with the arrival of Mango this fall and Nokia on board as its shiny new partner things are about to get much more interesting.

Meanwhile, things have been pretty stale on the BlackBerry and webOS camps. The former has been losing market share quarter after quarter, and it doesn't seem like a QNX-based handset will be out soon to push things forward. HP has been focusing on the recent TouchPad launch, but the company is expected to launch a third-gen Pre smartphone soon.

As with previous editions of this guide, we've put together a selection of the hottest devices out there to help you navigate through the sea of new smartphones getting released week in and week out.