Unless you’ve been living under a rock for the past few months, you’ll have known the iPhone 6 was coming. You’ll also know that there was plenty of leaks around a larger form factor for the device. Well the 9th of September has been and gone and Apple finally showed us all what we’ve known about for quite some time, the iPhone 6 and iPhone 6 Plus (6+ for the rest of this article). 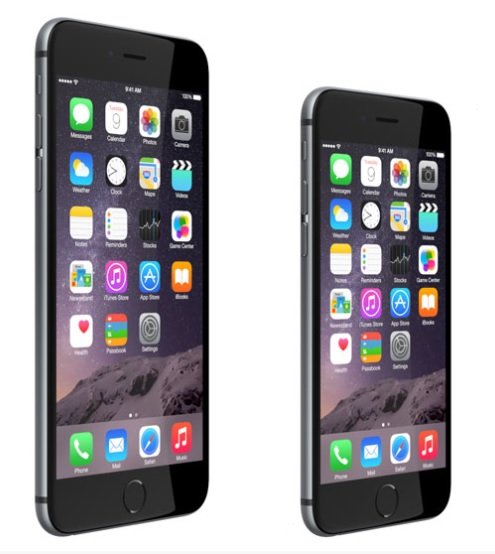 But what kind of iPhone are we getting, apart from two slightly redesigned devices with bigger screens? Well to do this, we’ll have to compare both 6 models to the 5s. So cue a pretty self-explanatory spec comparison table!

I made the decision to only include the above specs, as they are the ones that have had the most significant changes. I also made the call to not include the 5c because I wanted to show Apple’s current top-of-the-range iPhone against what will become the top-of-the-range iPhone(s). You can see the official Apple comparison for the US and UK for all the current iPhone models via the links provided.

While it’s a nice looking phone, it’s not straying too far from the look of the 5s. There are slight improvements to the camera functionality – such as video recording and improved face detection – but nothing to write home about. Both the 6 and 6+ get NFC and the 6+ has optical image stabilization tacked on to the camera.

But other than that, that’s pretty much it. So, now to cost. For that, see my next table. All prices have been taken from the Apple store at the time of writing. For all the devices, the color does not affect the pricing.

The word insane comes to mind. These prices are all off contract; although both 6 models are currently insisting on you taking the phone with a T-Mobile SIM, so whether it’s fully unlocked or not is an unknown right now.

What are you actually getting for the (minimum) $100 upgrade from the 5s? Faster processor; check! Improved battery life; check! But anything else, really? NFC; yeah okay check! Additional storage is one that you can benefit from as well, but each user’s need will be a factor in choosing which model to go with. So check anyway!

And what strikes me as odd, and I hope I’m not the only one to question this, but the fact that Apple is going with 16GB, 64GB and 128GB of storage. Why skip 32GB? On a phone that’s as capable as this apparently is, why not ditch 16GB and go for 32GB as the entry level model? This is a premium phone with a premium price but the storage options don't make much sense.

So what are you paying for, really? Screen size and storage. That’s it. I don’t want to get into an argument over the power of the processor in the 5s compared to the 6. But in my mind, a processor, no matter who manufactures it, will always remain at roughly the same price point and get improved upon each year. In other words as a chip matures, it decreases in cost, but when a successor is released, it will be priced (approximately) the same as the predecessor when it was first on sale.

Additionally, there are some people who are think there could be 2GB of RAM in the 6+, to improve performance given the larger screen size and resolution. But until we get a teardown of the device, we can't know for sure.

I’ve got one more table to show you, just to compare both the specs and cost of the iPhone 6 and 6+ against the current top of the range competitors - i.e. Android and Windows Phone.

When comparing the handsets, there’s really nothing in it, at least hardware wise, to justify the price jump. However, where some hardware is lacking in numbers, for example the iPhone's 8MP camera VS the Nokia 20MP shooter, Apple will improve the image quality via software processes, or offer other features to compensate.

Apple Pay is the perfect example of this; non-Apple devices will not receive this functionality. And while the storage that the high end 6+ offers is miles ahead of either the Galaxy S5 or Lumia 930, you can get 64GB SD cards for around $30 which will increase the storage in the S5 to at least 80GB (depending on the model you own).

At the end of the day, in a straight shoot out, it’s going to come down to user perception. There will be the Apple faithful that blindly follow the company and will pay whatever it takes to show they *love* Apple products more than you or I. And the same could be said for each type of phone lover, be it Android or Windows Phone. 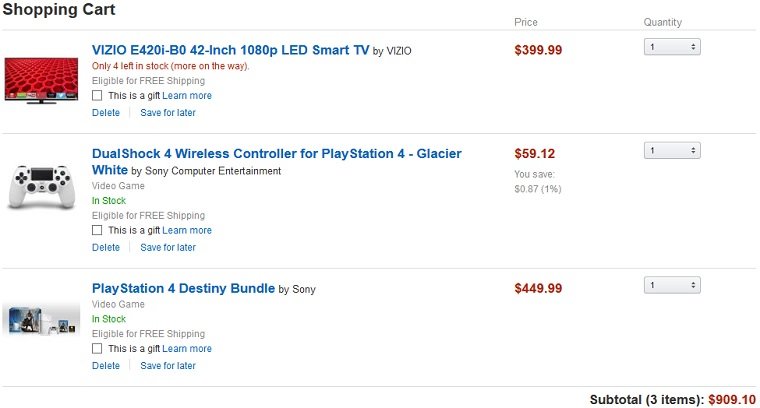 The screenshot speaks for itself. And there would be some change left over too; delivery charges not counted of course. But, if you fancy shelling out anything from $649 to $949 on Apple’s latest iPhone, you can pre-order it from Friday September 12, and you’ll hopefully get it a week later.