The Linux Foundation seems to be quite adamant of getting their image out there, as of late; not too long ago, they sent out their own advertisement to show off their offerings to the public, and now they're taking publicity one step further. As TechCrunch are reporting, they've now teamed up with CardPartner and UMB Bank to debut their own Visa card, sporting their mascot 'Tux' on the front.

The card isn't just handy for showing your dedication to the open source cause, but it's also great for helping them out, too. For each card activated, The Linux Foundation will receive $50, and they will also pick up a percentage of each purchase made by users. Apparently, 100% of the proceeds will "go directly towards providing community technical events and travel grants for open source community members in order to accelerate Linux innovation." The current executive director of The Linux Foundation, Jim Zemlin, says that there's a whole bunch of ways people can contribute to the organization (be it by code, or other means) but now they can do it "by carrying Tux in their pocket."

So, hoping to pick one of these up, but you don't live in the United States? Tough luck, unfortunately. The card is only available in the aforementioned region, though others are hoping to be added in the current months. However, if you do meet the criteria, head to this link to get business sorted out. 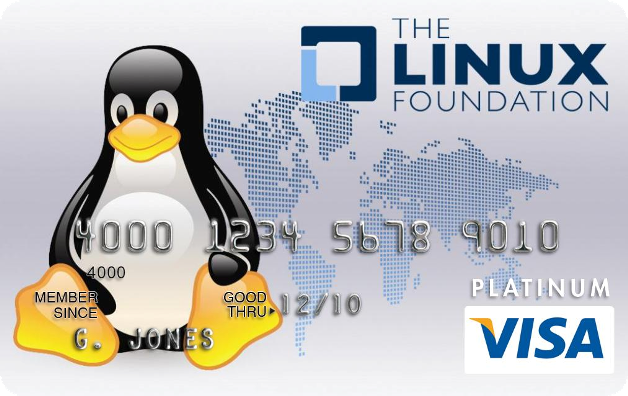