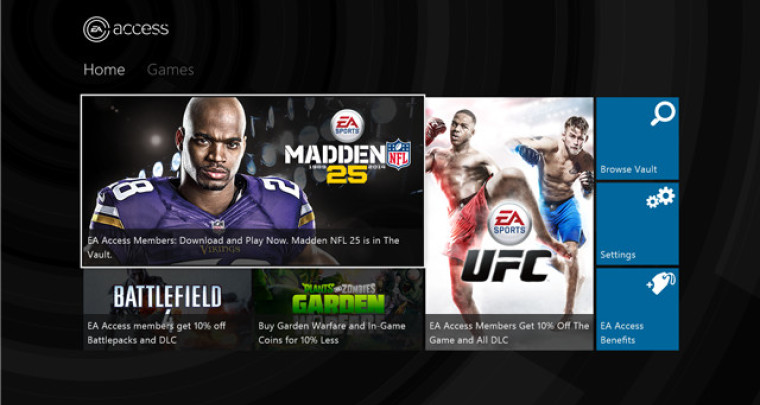 For all the sports fans out there, Microsoft's latest Xbox One bundle is sure to please. After the success of its various bundles in strengthening the sales of the current generation console, Microsoft has now released a bundle especially aimed at (American) sports fans.

The Xbox One Madden NFL 16 bundle costs $399 and comes with a 1TB hard drive for all your storage needs, a free copy of the latest Madden NFL 16 and, as an extra cherry on top, a free one year subscription to EA Access. That alone is worth $29.99 and gives you free access to some of EA's best games, including Madden NFL 15, NHL 15, NBA Live 15, FIFA 15, Dragon Age: Inquisition and more, fulfilling all your sports cravings. It also allows you access to EA's newest games before anyone else - NFL 16 fans can try it out on August 20, five days before its official release - and an exclusive discount on any EA games bought in the Xbox Marketplace.

Microsoft has seen considerably lower sales than Sony in this generation of the console wars but, with lucrative bundles like this, along with nifty features like EA Access (a Xbox exclusive), native backwards compatibility with Xbox 360 games and game streaming to PCs , Microsoft is finally starting to turn the tide.