Making games visually appealing, offering players a hefty single player and multiplayer content, and developing titles that are graphically impressive are just some of the many ways that developers utilize to attract gamers. Another technique that they use is to employ new gameplay mechanics in an effort to make the game more fresh and engaging for their playerbase, as well as set them apart from the competition. While a lot of gameplay mechanics don't pan out according to what they're hyped up to be, some of them have truly revolutionized video games over the years. In this piece, we take a look at some of the latter.

However, before we begin, I feel it is important to point out that this is by no means an exhaustive list, it's not in a particular order, and is quite subjective in general. I won't be diving into Wikipedia articles and other sources to find out which game in particular employed some gameplay tactic first which turned out to be a hit among gamers because that would be dishonest in way - from my end - to you, the reader, and I'm sure you can do that as well as me. Consider this a highly personal list about gameplay mechanics which made a positive impact on me in various games, and feel free to agree or disagree in the comments section below. With that said, let's dive in!

Let's start with the most obvious one first. The "Nemesis system" was something that made quite a lot of waves before the launch of Middle-Earth: Shadow of Mordor, and for good reason, it seems. When I first experienced it in the title, I was truly blown away by the dynamism it added to the game. Simply put for those not aware, it's a system that not only offered a hierarchy to the enemies you'd be facing in the game, but also gave them brief backstories, the ability to be promoted among the ranks every time they defeated you, the chance for them to take revenge from you, and so much more.

For example, the orc called "Mogg the Obsessed" in the photo above might have started as a low-ranking NPC soldier, but over the course of your gameplay, he has now become the leader of a group, developed new abilities and weaknesses based on his encounters with you as well as other orcs, and even developed a certain grudge against you in particular because maybe you burned his face in your first battle with him. It just made the game's world feel more "alive" and realistic, and it's great that the developers realized its potential, and continued this mechanism in the sequel Middle-Earth: Shadow of War. You need to play either of these games to truly experience the freshness the Nemesis system introduced to the genre.

Another franchise that I've noticed is dipping its toes into this mechanic is Assassin's Creed with its latest title Assassin's Creed: Odyssey. The title features a relatively basic "Mercenaries" system which is nowhere as complex as Nemesis in the aforementioned titles, but one can only hope that the developers further build upon it in their upcoming game, Assassin's Creed Valhalla. 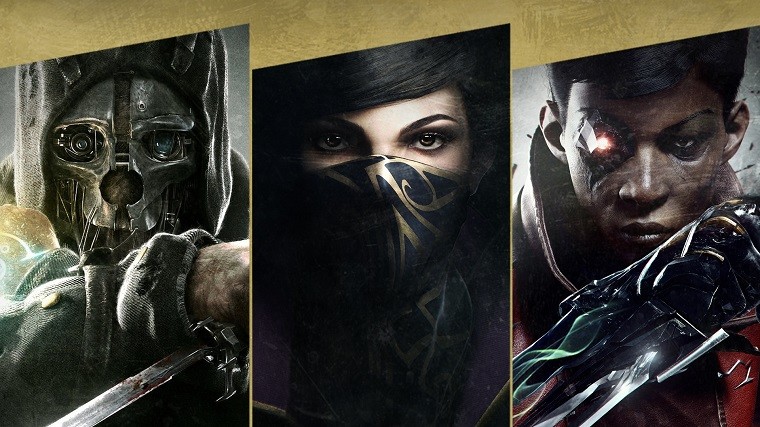 The original Dishonored is one of my favorite games, hands-down. I love the stealth-focused gameplay and the story, but one thing that truly amazes me about the title is that you can complete the entire game without killing anyone. This is even more surprising given the fact that the developers have seemingly put in so much effort to incorporate gruesome kills, but hey, if that's not to your liking, you can employ non-violent tactics and end the game without taking a life. It even makes the games easier because there are less alert guards which introduces a further layer of realism. I say this often to my friends: if there's one game that I wish could be erased from my memory so I could enjoy it as if I was playing it for the first time, it would be Dishonored.

Other video games that I've played which offer a mechanism similar to this are Thief and Vampyr, the latter of which I'm currently playing because it's free on PlayStation Plus this month. While I don't enjoy Vampyr as much as I did Dishonored, I like the fact that the more you kill people, the more easy the game becomes. Satisfying your vampiric bloodlust from surrounding NPCs offers you a decent amount of XP to upgrade your character and make him more powerful. It adds a certain level of morality and replay value to the title, and is something I highly appreciate.

I think it's abundantly clear from the article so far that I'm a fan of narrative-based RPGs and other titles. And nothing attracts me more towards a game than branching dialogs and story options. Thankfully, this gameplay mechanic at least isn't underused like the ones I've mentioned so far. A whole host of games that I love including The Walking Dead, Mass Effect, The Witcher 3, and Until Dawn offer complex dialog trees that not only shape your relationship with other characters, but at times, also decides their future.

One game that really stands above the rest for me is The Witcher 3. I don't want to give too much away but if you haven't played this masterpiece yet, do so as soon as possible, especially "The Bloody Baron" questline to see what I mean. I'm also happy to see that Assassin's Creed finally implemented this mechanic to some degree in Assassin's Creed: Odyssey as well, and I hope other RPGs follow suit too.

I like to explore expansive worlds in games as much as the next guy but as I stated in the section above, I absolutely love narratives in games. And as such, sometimes, I'd rather just jump between missions rather than navigating across thousands of miles of wildlife. At times like these, I love when games offer fast travel systems which allow me to quickly fast-forward to the next mission area.

I get that it deviates from the intended core gameplay experience and possibly even breaks immersion at times, but it's just something I really welcome when I'm absorbed in the narrative and cannot be bothered with manual navigation. Many games I like including all of those mentioned so far in the article as well as others like Spider-Man, Far Cry, and The Elder Scrolls V: Skyrim offer it and I'm really grateful to developers who incorporate this as an optional mechanic.

Call this a matter of preference, but I usually play games to relax my mind after a tough workday and it often frustrates me when games don't offer manual saves. I like autosave as a feature but it's sometimes infuriating to me when I'm this close to a savepoint but then a random enemy pops out of nowhere and kills my character. And yes, this is why I have avoided playing Dark Souls so far, I haven't been able to git gud.

I understand that manual saves just to make the game easier and reliable - in my case - is something that goes against the principles of hardcore gamers, but I honestly really appreciate when games allow me to manually save progress at any point. From what I recall, I really liked this mechanism when it was offered in Max Payne, which practically offers you the ability to save at any point in the game, but I also find it okay when games like The Witcher 3, Horizon Zero Dawn, and Assassin's Creed: Odyssey, among others, allow me to save as soon as I'm out of a potential combat zone.

As a gamer who'd rather play a game with a relaxed mind rather than a tense one that is internally praying for the next savepoint to appear as soon as possible, the ability to save progress at any point is godsent.