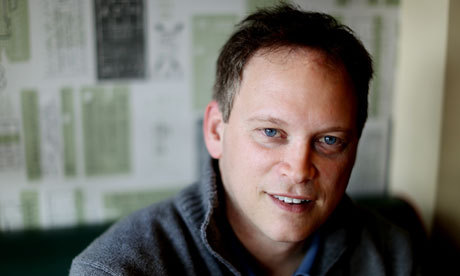 Politician Grant Shapps' internet activities have been a pain for webmasters worldwide.

With more websites appearing every day, there are individuals interested in making a quick buck through SEO spam. This helps artificially boost their ranking in Google searches, thereby bringing in more money via traffic.

TrafficPaymaster is one of the tools these individuals use. It works by taking articles from other sites and spamming plenty of SEO techniques, helping you rocket through the results. AdSense ads are then put around the site, and webmasters get rich off the work of others.

Google's own policies do say not to do this:

Sometimes we come across sites that are using software to generate automated content. These sites might look like normal news sites, but the information is completely plagiarised. Scraping content and passing it off as one's own is not only wrong, but it also happens to be a serious violation of our policies.

TrafficPaymaster is the brainchild of 'Michael Green' - aka Grant Shapps of HowToCorp. In 2005, Shapp set HowToCorp up himself, though the site is now credited as belonging to Sebastian Fox. This is the same Sebastian Fox who wrote:

The real question is whether there are any signs about how a page has been created. If the answer is no, well then it doesn't much matter what Google officially thinks.

Grant Shapps has been asked whether he exploited Twitter to gain followers earlier this year - as you can see, he follows a lot of people when compared to another politician. Buying followers is a real thing, apparently.

Google's takedown rate has rocketed lately, and being famous for leading the pack at abusing AdSense probably isn't a good way to go about being promoted in a world that's more internet-centric than ever before.