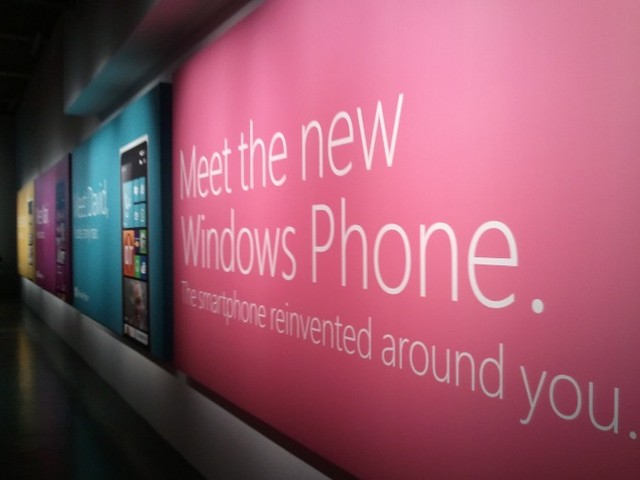 At an event in London this evening, alongside the main Windows Phone 8 launch event in San Francisco, Microsoft today revealed pricing for its new WP8 handsets in the UK. Full details will be available from carriers and retailers in the next few days, but for now, here's an overview of details announced today. 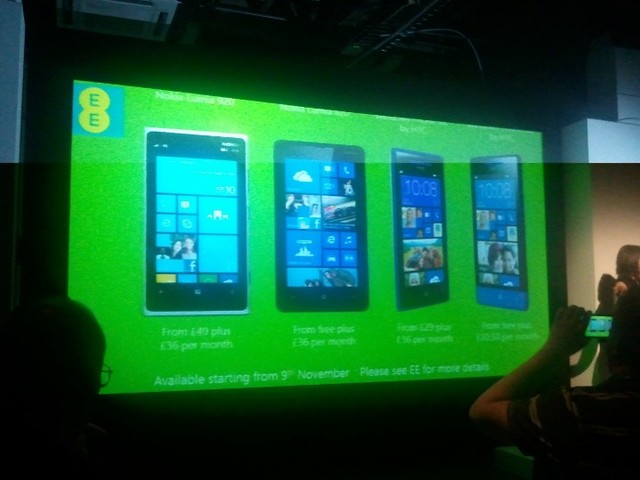 As previously sort-of revealed, EE will have the exclusive on the Nokia Lumia 920 for the time being and will offer it for £49 upfront on a £36 per month plan. The network will also offer the Lumia 820, and HTC's new Windows Phones, the 8X and 8S. 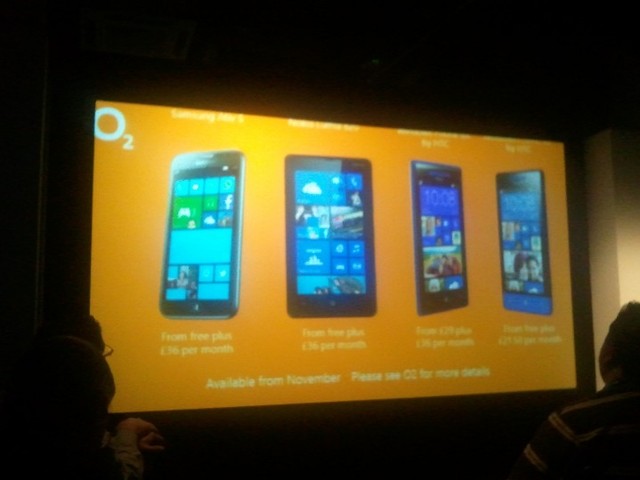 Although it won't offer the Nokia Lumia 920, O2 will stock the Lumia 820, and HTC's two Windows Phones. Additionally, the Samsung ATIV S will be available, with no upfront charges on plans of £36 and up. 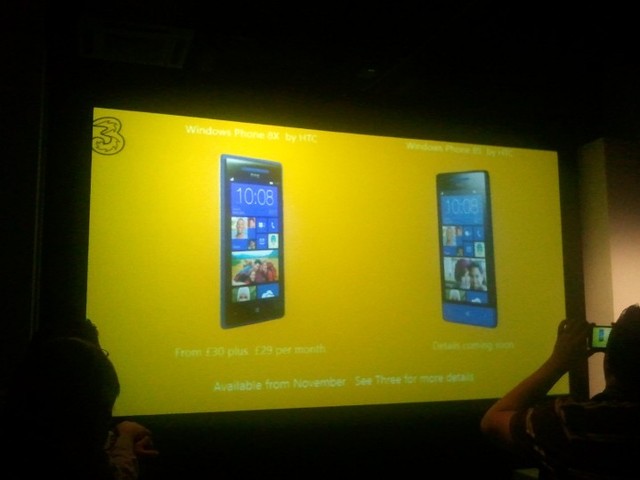 Three will offer just two Windows Phone 8 handsets with the 8X priced from £30 on price plans of £29 per month and up. Pricing details for the 8S are yet to be announced. 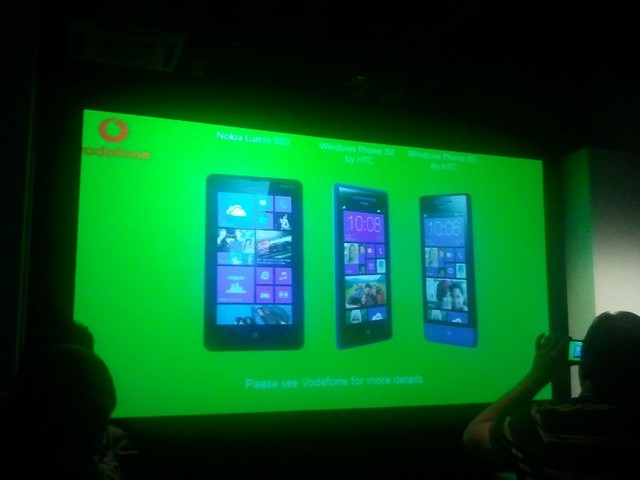 Vodafone has confirmed that it will stock three Windows Phone 8 handsets - the Lumia 820 and the two new HTCs, but has not yet confirmed pricing.

Leila Martine, UK director of Windows Phone, pointed to "unprecedented carrier support" with Windows Phone 8 in the UK, adding that the new handsets on offer will represent "the most exciting range of new smartphones available on the high street this Christmas season". We'll have to wait and see whether smartphone buyers agree...