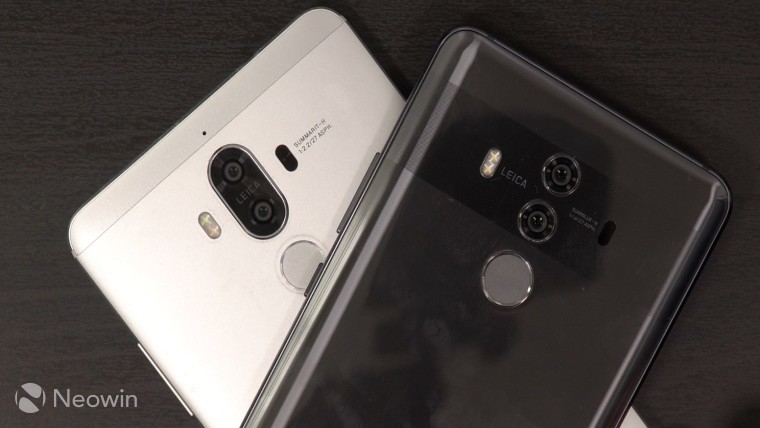 It's not uncommon for companies to employ shady tactics in a bid to influence review scores on app stores, e-commerce sites, and the like. Infamously, Blackberry once used these methods when launching its first multi-platform BBM Messenger app on Android - in addition to using the exact same tactic when promoting the DTEK60. Shortly after it was noticed that these reviews had a rather odd similarity; declaring the app to be 'user-friendly and smooth'.

Huawei has officially been caught red-handed, having coerced subscribers of its Facebook page - which is 60,000 strong - by offering the chance to 'beta-test' a Mate 10 Pro before the launch date. The catch, you might ask? If fans wanted to be in line for this 'amazing opportunity', they had to post a glowing impression on Best Buy's page, describing in detail why they want the phone. All this for something they haven't actually used yet.

This, as one would expect, drew a lot of attention, with 68 out of the total 72 reviews recommending the product. The so-called competition has already ended, however, with Huawei announcing that it has chosen nine participants in the said beta program. The original post has since been deleted. The company even replied to some of the 'reviews', including one from a person that presumably uses the latest flagship from Apple that stated "This phone is best! I have [an] iPhone X, but I will switch to Huawei m10!".

As of the time of publishing, some of these reviews have remained up on the site, but Best Buy has already started to delete some of them. All of the remaining 'fake' reviews have been marked unhelpful by other users - signifying the complete silliness of the whole ordeal. Beyond that, it clearly violated Best Buy's guidelines on such reviews published on the site. It specifically points out that any review that includes misleading information or is false, among other things will be removed if any affiliation isn't declared by the reviewer.

This isn't the first time - and most likely not the last - that something like this will happen. Fake reviews have become commonplace on products that haven't launched yet. Divisive products like the Xbox One as an example was particularly prone to this kind of onslaught on Amazon. In defense of the largest online retailer in the U.S., however, it offers a clear indication if the person reviewing the device actually purchased it.

One key takeaway from this, however, is to take reviews at face value. If you do want to try out the upcoming Huawei Mate 10 Pro, the device will launch on February 18. You can also check out our unboxing of the device here.