Last week, Amazon announced that it would be removing its lock screen ads from its Prime Exclusive devices. But because of this, the firm is also raising the price of those handsets by $20. It appears that Amazon is trying to make things right for people that previously paid a fee to have the ads removed by now offering a refund. 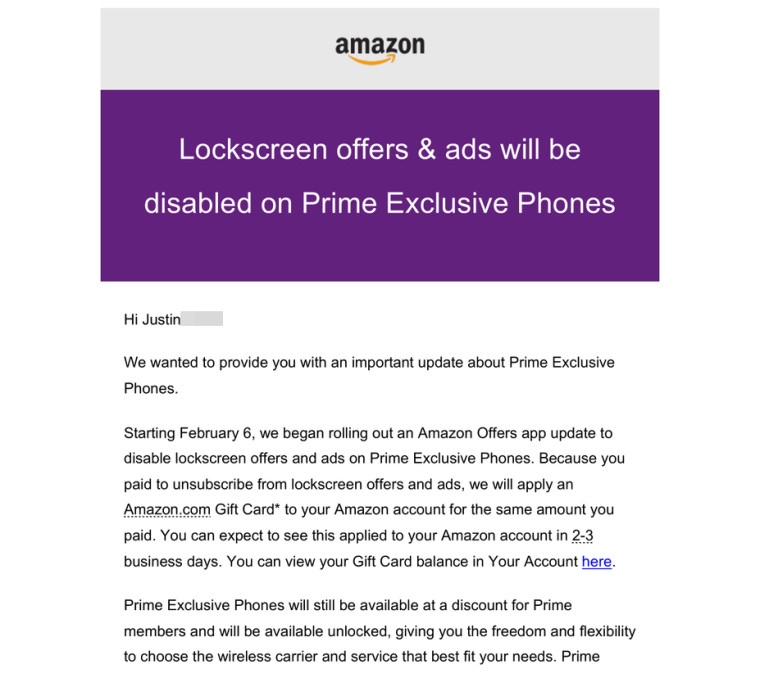 If unfamiliar, Amazon's Prime Exclusive handsets offered users a discount on phones, in exchange for showing ads on the lock screen. If you weren't keen on having these ads, you could pay a $45 fee to have it removed permanently. According to an Android Police reader, Amazon sent out an email that explains the recent change of removing ads from its handsets and because of this, will issue a refund in the amount paid in the form of a gift card. The refund will vary depending on how much of discount was offered by Amazon on the handset at the time of purchase. While it would have been nice if Amazon refunded the amount in the original form that it was paid, this is still a win for customers that paid to have an ad-free experience on a Prime Exclusive device.