Google’s Android OS has done wonders for companies looking at competing with Apple’s iPhone. It has applications, a strong web browser and allows manufacturers to focus on device hardware or and other ways to differentiate their products. When rumors began solidifying around Apple’s iPad, which runs on the same OS as its popular iPhone products, many manufacturers quickly began working on iPad competitors. Those manufacturers (Asus, Dell, MSI, Samsung and more) have decided that they would also adopt the strategy of using the one OS on multiple device types. However, the truth is that Android simply isn’t ready.

The first issue with Android on tablets is that there isn’t a reference hardware design for Android tablets, meaning that applications have to be designed with a large range of hardware configurations in mind (a problem that also exists with Android on phones). Tablets running Android do not have access to the Android marketplace, and so far manufacturers have opted to create their own marketplaces for their devices – but with developers already being flooded with marketplaces and devices to develop for, this is not an ideal solution. Even standard Google applications aren't available on Android tablets, such as  Google Maps and Gmail. Although Google is not encouraging Android tablets at the moment, it has noticed the tablet-trend and appears to be answering those demands with Android 3.0. 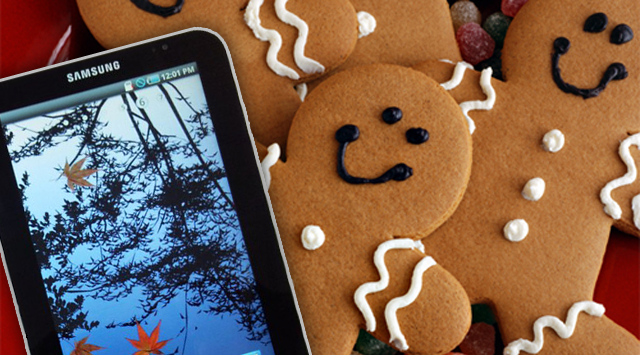 Gingerbread, Android 3.0’s codename, is rumored to have minimum requirements similar to those of Windows Phone 7 (1GHz CPU, 512MB of RAM), but will also introduce support for larger screens/resolutions (possibly up to 1366x768) which will be perfectly sized for Android tablets along with a revamped UI. If all goes to plan, Android 3.0 will be the Android OS that manufacturers have been looking for – and should solve the multiple-marketplace problem that’s currently troubling developers. It’s expected that Android 3.0 will launch before the years end, but that might not be soon enough for those itching to get their hands on an iPad competitor such as the Eee Pad, WindPad or Galaxy Tab. For those people, they need to be aware that there’s no guarantee that those devices will receive an Android 3.0 makeover when Google releases that anticipated update later this year – especially if they don’t meet the (rumored) minimum hardware requirements.