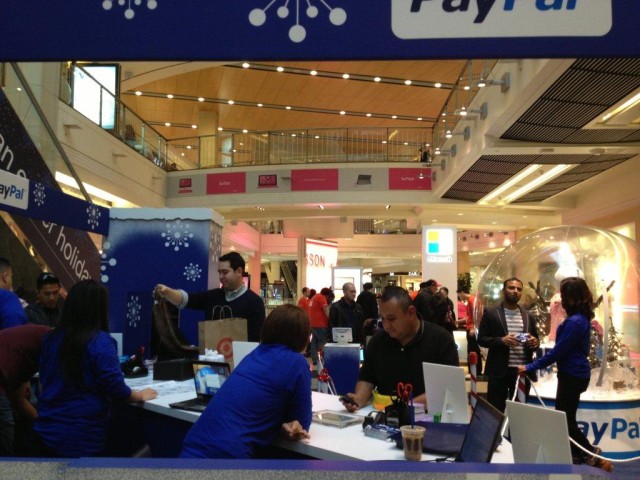 Remember how Cyber Monday 2012 last week was supposed to be the single biggest online shopping day of the year? Well, as it turns out, some retailers and online services are still seeing a lot of people shopping online well after Cyber Monday, at least if they are using some kind of mobile device.

eBay has just announced that Sunday, December 2nd was in fact its biggest shopping day of 2012 from its mobile device audience. It added that its PayPal subsidiary " ... reported that its total global mobile payment volume on the same Sunday exceeded that of Cyber Monday by more than one million dollars — making it the biggest mobile shopping day in the history of PayPal."

So why are people still in a rush to shop online via their smartphones and tablets for this particular holiday season? Steve Yankovich, Vice President of Mobile at eBay, claims that lots of folks simply have their smartphones on their person all the time and that Sunday, a normal "day of rest" for many, was also seen as an excuse by others to go online and make their 2012 holiday purchases.